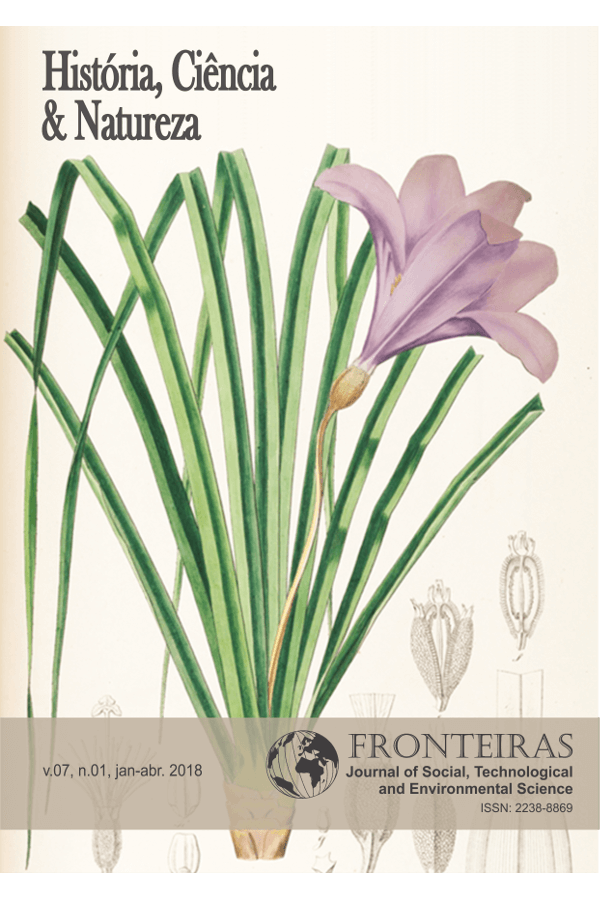 Excerto:
The interface between History, Science and Nature is dynamic and vital for deepening knowledge about the uses of the planet and nature (Earth / Oceans / Seas), understanding it as an agent of modernization of economic, social, scientific and cultural of states and nations (Horden et al. 2006; Rozwadowski 2014; García 2014). Nature can also be seen as an agent of new scientific and cultural practices of sociabilities, representative of new political, philosophical and social ideals, in which the production, circulation and appropriation of knowledge and its techniques is a reality (Wigen 2006; Brito 2010; Salgueiro et al. 2014). There is a brave new world waiting for new relations that unite different spatialities and mentalities, enhancing intercultural encounters, manifested in official reports, explorers’ reports, and the constitution of libraries, museums, collections and scientific objects (Lopes 2009; Felismino 2014; Granato & Lourenço 2014; Albuquerque 2015; Nunes 2016; Pereira 2017).