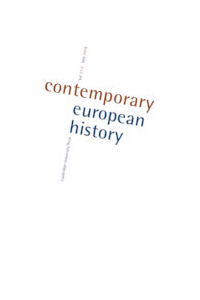 A Sense of Hopelessness?

A Sense of Hopelessness? Portuguese Oppositionists Abroad in the Final Years of the Estado Novo, 1968–1974

The article examines the role played by the Portuguese oppositionist diaspora in the final years of the Estado Novo dictatorship (c. 1968–c.1974). It advances an explanation for the apparent lack of success met by several exile groups when trying to persuade the Western democracies to withdraw (or at least reduce) their support for Lisbon’s authoritarian regime during a period in which the public was increasingly aware of human rights abuses. The choice of this particular juncture is justified for several reasons. Firstly, it was a time of renewed expectations regarding a possible liberalisation of the regime in the aftermath of the replacement of the incapacitated Oliveira Salazar by the younger Marcelo Caetano (September 1968), an event that confronted the different sections of the Portuguese opposition with a number of dilemmas, both at home and abroad, and exposed rifts that would take some time to repair. Secondly, this was also an epoch of momentous social and cultural change in Europe, with obvious ramifications for the political orientations and attitudes of those who, for different reasons, had decided to leave Portugal in the 1960s. Finally, the vicissitudes of the East–West détente are seen here as equally important for understanding the opportunities and limitations of the anti-Estado Novo opposition abroad.