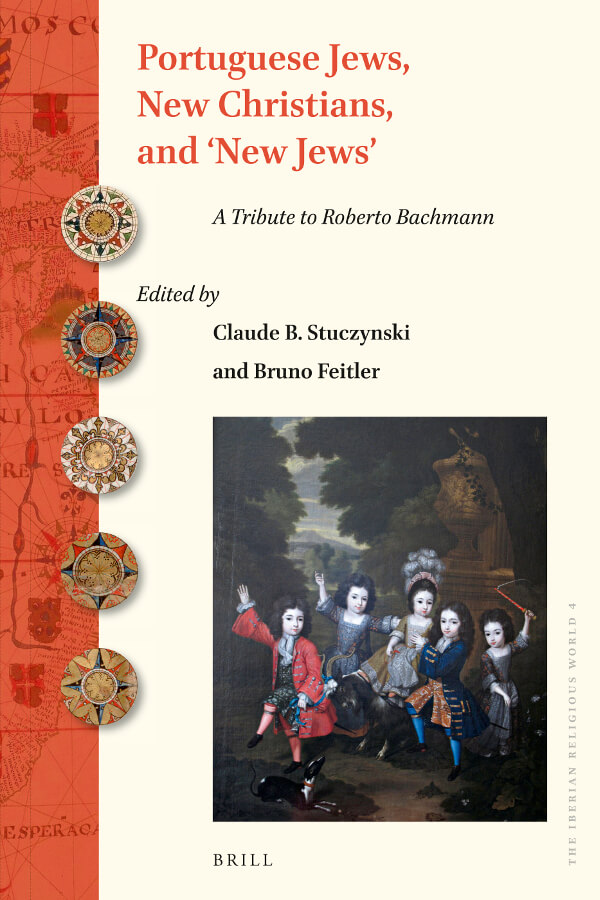 Sobre o livro:
In Portuguese Jews, New Christians and ‘New Jews’ Claude B. Stuczynski and Bruno Feitler gather some of the leading scholars of the history of the Portuguese Jews and conversos in a tribute to their common friend and a renowned figure in Luso-Judaica, Roberto Bachmann, on the occasion of his 85th birthday. The texts are divided into five sections dealing with medieval Portuguese Jewish culture, the impact of the inquisitorial persecution, the wide range of converso identities on one side, and of the Sephardi Western Portuguese Jewish communities on the other, and the role of Portugal and Brazil as lands of refuge for Jews during the Second World War. This book is introduced by a comprehensive survey on the historiography on Portuguese Jews, New Christians and ‘New Jews’ and offers a contribution to Luso-Judaica studies.