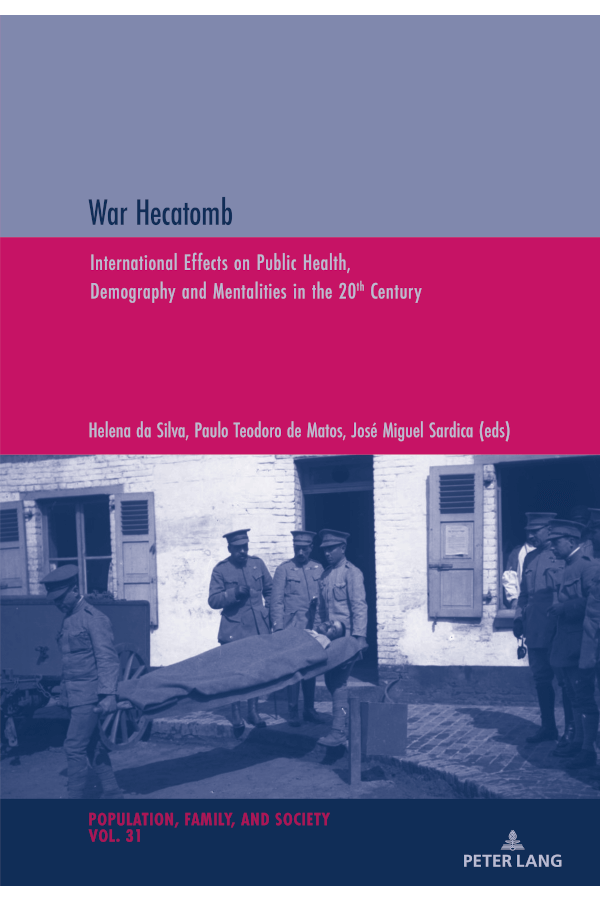 War Hecatomb. International Effects on Public Health, Demography and Mentalities in the 20th Century, offers new insights on the impact of wars (namely, but not exclusively, World War I), by underlining its social and psychological consequences, particularly in public health, demography, and mentalities in different countries. Therefore, it is not just another book on World Wars, since it does not focus primarily on political, diplomatic, military or economic aspects. Instead, the work offers a brand new approach on these wars’ consequences, and especially on the civilizational significance of the Great War of 1914-1918. This original view over societies coping with the aftermath of the two world wars reveals how states and different agents were compelled to act and to face the new post-war reality, bringing to light an innovative social agenda while simultaneously trying to cope with the overwhelming phenomenon of physically and mentally scarred multitudes of veterans and their families. The book focuses on the consequences of conflicts in different perspectives and geographic locations. In twelve chapters, several aspects and effects of wars are analysed through different lens.