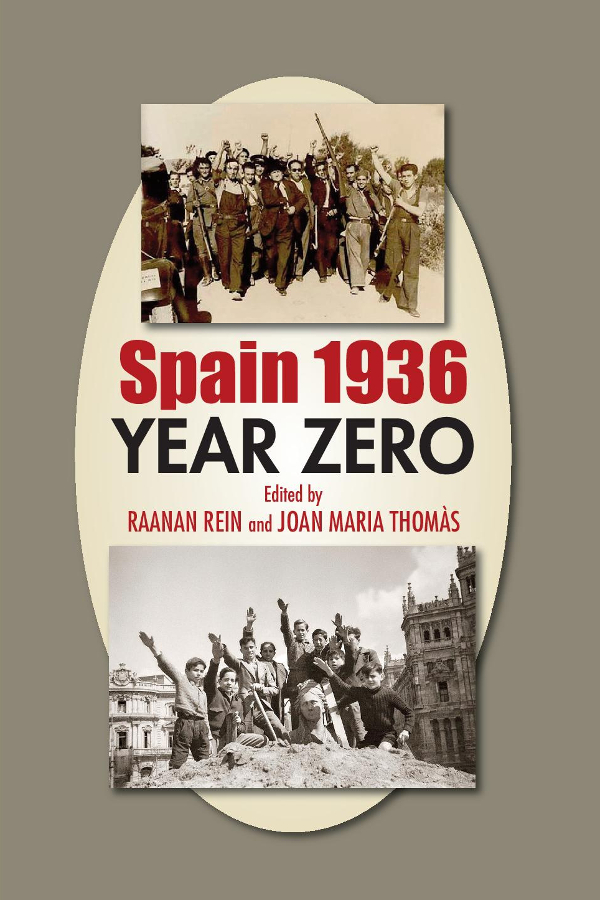 Sobre o livro:
Marking the 80th anniversary of the outbreak of the Spanish Civil War, this volume takes a close look at the initial political moves, military actions and consequences of the fratricidal conflict and their impact on both Spaniards and contemporary European powers. The contributors re-examine the crystallization of the political alliances formed in the Republican and the Nationalist zones; the support mobilized by the two warring camps; and the different attitudes and policies adopted by neighbouring and far away countries.

Spain 1936: Year Zero goes beyond and against commonly held assumptions as to the supposed unity of the Nationalist camp vis-à-vis the fragmentation of the Republican one; and likewise brings to the fore the complexities of initial support of the military rebellion by Nazi Germany and Soviet support of the beleaguered Republic. Situating the Iberian conflict in the larger international context, senior and junior scholars from various countries challenge the multitude of hitherto accepted ideas about the beginnings of the Spanish Civil War.

A primary aim of the editors is to enable discussion on the Spanish Civil War from lesser known or realized perspectives by investigating the civil war’s impact on countries such as Argentina, Japan, and Jewish Palestine; and from lesser heard voices at the time of women, intellectuals, and athletes. Original contributions are devoted to the Popular Olympiad organized in Barcelona in July 1936, Japanese perceptions of the Spanish conflict in light of the 1931 invasion to Manchuria, and international volunteers in the International Brigades.