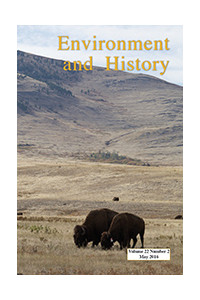 Birds are emblematic natural elements of landscapes. Readily noticeable and appreciated due to their songs and flight, they have been thoroughly used as components of literary scenarios. This paper analyses their representations in a broad corpus (144 writings by 67 writers) since the nineteenth century, divided in three time-periods. It aims to understand which wild birds are represented in Portuguese literature, how those representations prevail over time, and what literary texts reveal about distribution and abundance of the birds mentioned, linked to major environmental and landscape changes. Based on common names, 112 taxonomic units are identified, corresponding to either one species, species of the same genera or family or a higher taxon. In addition, historical distribution and abundance are extracted from literary texts and compared with data from biological sources, such as ornithological reports, guides, atlas and red data books. We conclude that bird representations are frequent and diversified in terms of taxonomic units, and this richness tends to prevail over time. The most prolific wild bird representations are linked to the writers’ own experiences of the Portuguese countryside during their childhood and youth. It is particularly significant in the writers from the nineteenth century and the first half of the twentieth century, with a rural origin, like most of the population. Despite landscape and social changes through time, contemporary literature still reveals a sound knowledge of birds and a proximity and appreciation of nature, which can be explained by the rural ancestry of some current writers, as a kind of countryside nostalgia, and/or the embodiment of an environmental discourse of wildlife preservation.