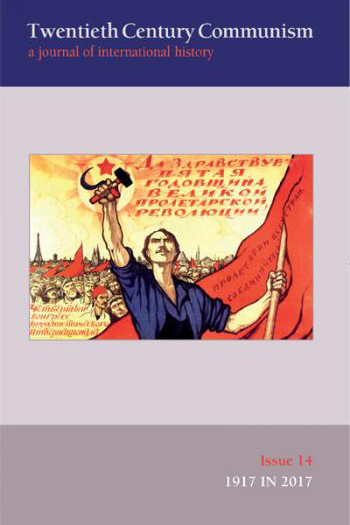 October in Contraption-Land: politics and history in Portugal

Resumo:
One hundred years after the Bolsheviks stormed the Winter Palace, in what was then Petrograd, the main concert venue in Lisbon city centre, Coliseu dos Recreios, was packed with people and awash with red flags to mark the centenary of the October 1917 Revolution. The night of 7 November 2017 was the high point of the sweeping commemorative programme that the Portuguese Communist Party (PCP; Partido Comunista Português) devoted to the centenary. On the night, Jerónimo de Sousa, the Party’s General Secretary, gave a lengthy speech on a stage decorated with red carnations, the flowers that gave their name to another revolution, that of 25 April 1974, in Portugal. In seeking to address the way in which the October centenary was marked in Portugal, the present text takes this apparently secondary ornamental detail as its starting point. I will argue, however, that this detail carries a meaning which conveys, at one and the same time, two rather distinct ways of understanding the relation between history and politics. The quotation, as we might call it, of 25 April’s carnations in the October centenary suggests, on the one hand, that the universal ideal of 1917 finds its materialisation in the context of a national trajectory – in the Portuguese case, in and through the event of 1974. On the other hand, the decorative gesture hints at an elective affinity between the two historical moments – as if history were made of revolutionary events, paying no heed to the dead time that exists prior to, or in between, them. Put another way: in the first reading, history is taken as the background that makes politics possible; in the second, as that which politics brings into being.