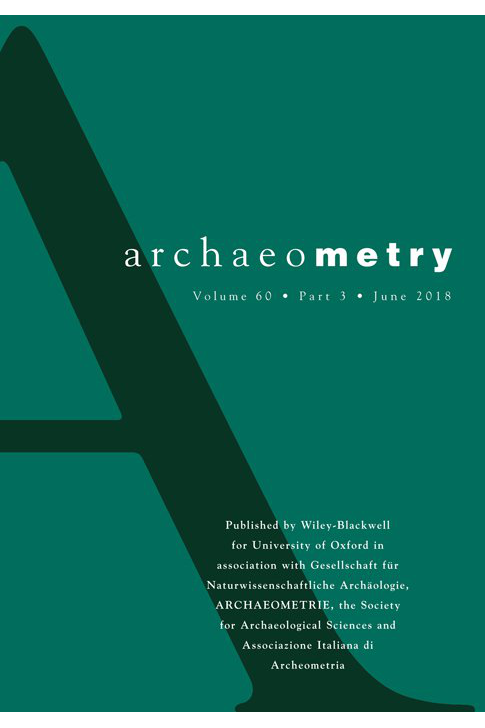 Blue‐on‐blue (‘berettino’) sherds have appeared in numerous production and consumption archaeological excavations in Lisbon and other archaeological sites in Portugal (dated from the mid‐16th century to the beginning of the 17th century). The abundance of this interesting faience led us to compare it with similar pottery from other well‐known production centres in Italy, namely Liguria (Savona and Albisola), Spain (the Triana kilns) and the Low Countries. Differences in the diffraction patterns of the sherds’ pastes from the four countries were observed. In most samples, cobalt blue silicate (cobalt olivine) was identified in the dark blue or light blue glazes through the use of micro‐Raman spectroscopy and diffuse reflectance spectra. A remarkable difference in the calcite contents of the Lisbon and Seville pottery sherds was observed, in accordance with previous observations of high calcite contents of Seville ceramics. A comparison was also made for all of the blue‐on‐blue sherds studied here with many other 16th–17th century sherds from Lisbon using bivariate plots of K/Si versus Ca/Si. Lisbon and Seville pottery behave very differently, whereas sherds from Italy and the Low Countries occupy intermediate positions.