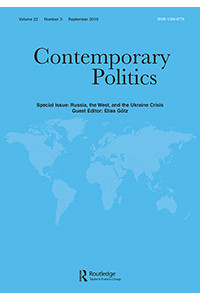 Perilous semi-presidentialism? On the democratic performance of Timor-Leste government system

Timor-Leste chose semi-presidentialism as its government system to steer the country towards a democratic state. This government system became popular in the course of the ‘Third Wave’ of democratization, but has no other example in Southeast Asia. The Timorese Constituent Assembly was guided not by an appraisal of the virtues and pitfalls of competing systems, but by historical and political factors that led it to craft an institutional solution in line with significant features of Timorese society. Yet the specific form of semi-presidentialism adopted in Timor-Leste (‘president-parliamentarism’) is regarded in the literature as prone to instability. However, in spite of episodes of instability, the conclusion emerging from three consecutive presidencies is one of positive steps in democracy-building and consolidation. This is mainly due to the emergence of ‘independent’ presidents who have sought power-sharing arrangements and promoted inclusive governance.