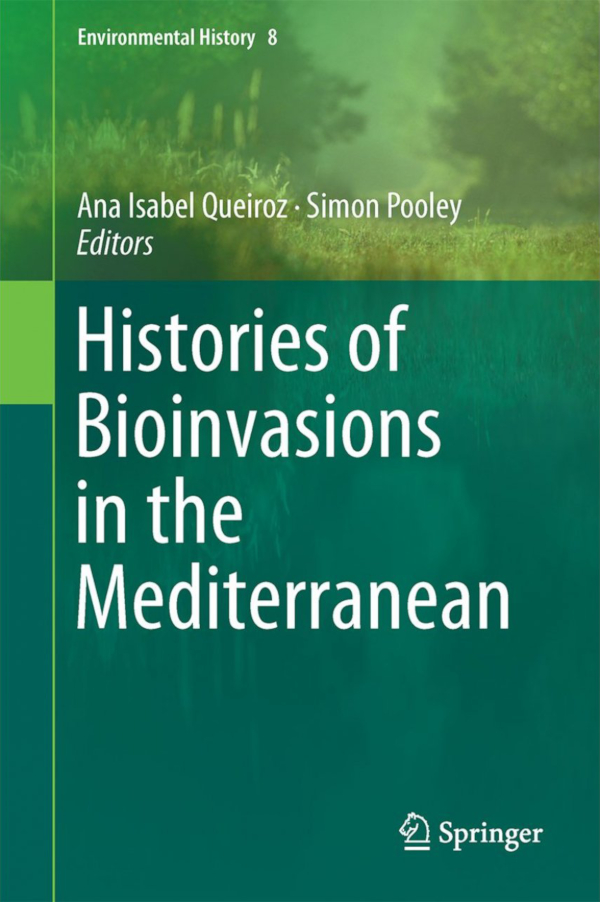 Scourge in the Mediterranean

Scourge in the Mediterranean. Policies Against the Argentine Ant in the First Half of the 20th Century

(…) This chapter analyses the causes and motivations for controlling this species in Portugal, Spain, France and Italy in the first half of the twentieth century, describing and comparing legal and administrative measures among the countries. (…)

Sobre o livro:
Bioinvasions is a current top research subject for natural sciences, social sciences and humanities and a major concern for conservationists, land managers and planners. In the last decades, new findings, perspectives and practices have revealed the multifaceted challenges of preventing new introductions and dealing with those invasive species that harm natural ecosystems, economy and human welfare.

This book brings together environmental historians and natural scientists to share their studies and experiences on the human dimensions of biological invasions from the ancient past to the current challenges. The collection of papers focuses on the Mediterranean region and deals with aquatic and terrestrial ecosystems on the mainland and islands, ranging from marine and freshwater environments to coastal marshlands and forests. A wide diversity of animals and plants are featured, from marine fishes to marine and freshwater crustaceans, invertebrates, reptiles and amphibians, birds and mammals, to grasses, shrubs and trees. This book is a contribution to the scientific debate on how to deal with the historical dimensions of biological invasions, fostering dialogue between cultural and ecological explanations of environmental change, to inform environmental policy and management.

It has been organized in three sections: the first is the editors’ introduction, in which they review the existing literature and highlight relevant concepts and ideas; the second is about alien species in the Mediterranean region; the third includes cases from other Mediterranean-type regions.