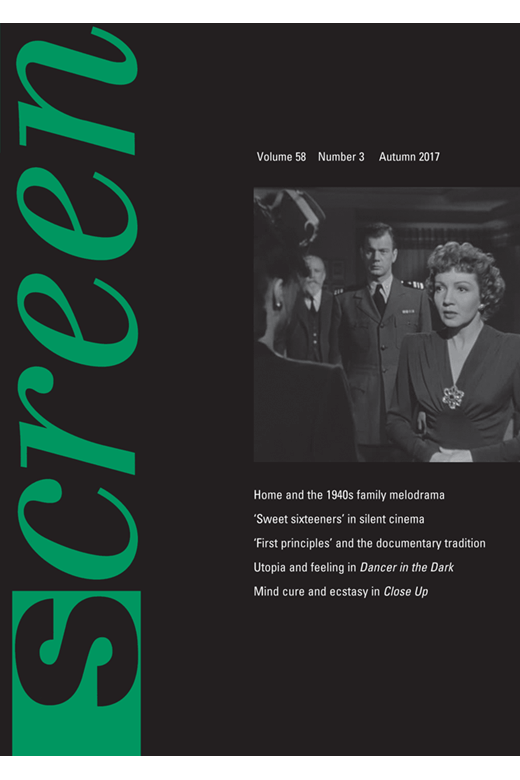 Betwixt and between, forever sixteen

Betwixt and between, forever sixteen: American silent cinema and the emergence of female adolescence

At the dawn of twentieth century, amidst a whirlwind of technological and storytelling innovation, American cinema produced a new film type. Sporting a diminutive physique, fair skin, above-ankle hemlines and loose ringlets, the ‘sweet-sixteen’ figure became one of early Hollywood’s most popular and profitable representations of femininity. A study of fan scrapbooks and actresses’ star texts reveals that, throughout the 1910s, not only did a significant number of box-office queens – such as Mary Pickford, Marguerite Clark and Mary Miles Minter – embody the appearance of unchanging nubility and the coming-of-age narrative typical of the sweet-sixteen archetype, but also that movie girl fans identified with them, collecting print ephemera and crafting collages honouring sweet-sixteen picture personalities.