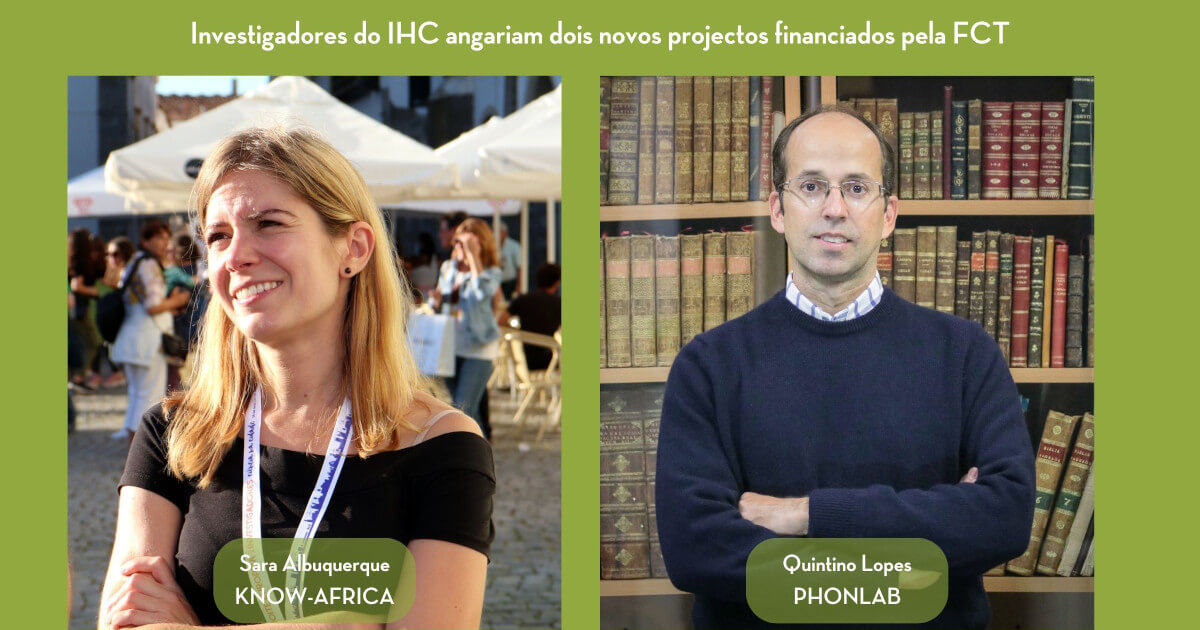 Two of the IHC’s projects were approved in competition for grants opened by the Foundation for Science and Technology, whose results were announced yesterday: KNOWledge networks in 19th century AFRICA, coordinated by Sara Albuquerque, and the Phonetics Laboratory: Coimbra—Harvard, coordinated by Quintino Lopes.

Sara Albuquerque shares the coordination of her project with Maria de Fátima Nunes. With the title KNOWledge networks in 19th century AFRICA: A Digital Humanities approach to colonial encounters and local knowledge in the narratives of Portuguese expeditions (1853-1888), the aim of the project is to analyse four Portuguese expeditions to Africa to investigate the sociability of work and how native groups helped travellers, especially in the collection of specimens. In this way, the team intends to clarify the processes of formation of collections and to reflect on the role of local agents in the formation of the European scientific heritage, also demystifying the idea of the heroic and solitary (European) traveller.

Sara is a Junior Researcher at the IHC campus at the University of Évora. She holds a PhD in History of Science at the University of London and, at the IHC, has devoted her research to exploring the work of the Austrian botanist Friedrich Welwitsch, whose expeditions in Africa will now also be included in this new project.

In turn, the project led by Quintino Lopes is co-coordinated by Maria Filomena Gonçalves (CIDEHUS) and has the University of Coimbra as participating institution, through Teresa Girão (Coimbra Botanical Garden). Titled Phonetics Laboratory: Coimbra—Harvard. Rethinking 20th-century scientific centres and peripheries, the project aims to deepen the work that has already been developed by the researcher with the aim of promoting knowledge about the evolution of Experimental Phonetics, integrating its development in the studies of the History of Science, and using the Coimbra Experimental Phonetics Laboratory as a case study.

Quintino is also a Junior Researcher at the IHC campus at the University of Évora, with a contract recently financed by the FCT. With this project, his investigative capacity will be strengthened on the “forgotten history” of the Laboratory of Experimental Phonetics of Coimbra and its founder, Armando de Lacerda, the subject he has dedicated himself to since he concluded his PhD in History and Philosophy of Science at the University of Évora, in 2017.

Together, the two projects represent an injection of approximately half a million euros to be applied to historical research at the IHC, reinforcing the unit’s focus in the fields of history of science and colonial studies.