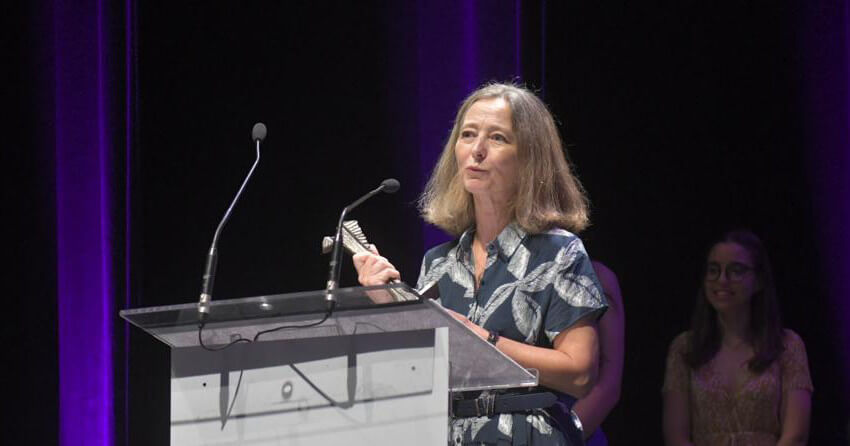 Maria Inácia Rezola received the Afonso Lopes Vieira Trophy, in the Personality category, at the XXI Gala of the Região de Leiria newspaper, which took place under the theme “Solidarity and Peace” at the José Lúcio da Silva Theater, in Leiria.

Recently appointed Executive Commissioner of the Mission Structure for the Commemorations of the 50th anniversary of the Revolution of 25 April 1974, Maria Inácia Rezola is a researcher at the IHC and a professor at the IPL’s School of Communication and Media Studies. She is also a member of the RTP Opinion Council.

The PhD programme in History and Philosophy of Science – specialization in Museology was distinguished with APOM’s Special Mention Prize.