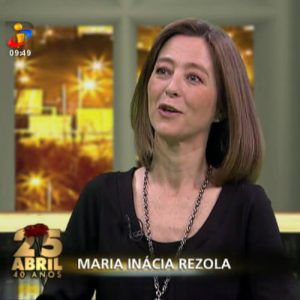 Among other functions, the RTP Opinion Council issues binding opinions on nominations for company ombudsmans and on public television and broadcasting service concession contracts. It has 32 members, ten of whom are elected by the MPs and the remaining are appointed by associations and other entities representing the different sectors of society. Maria Inácia Rezola was proposed by the Socialist Party.

Image: Maria Inácia Rezola in a interview to TVI (Source).