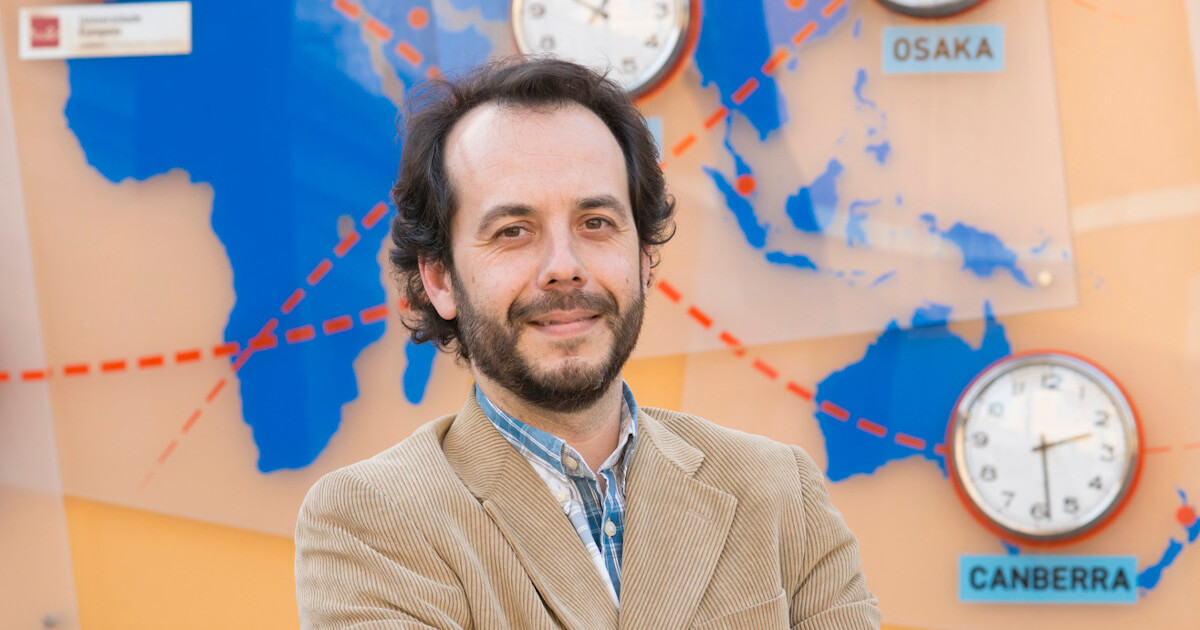 The IHC announces the passing of sociologist Fernando Ampudia de Haro. To his family and closest friends, we wish to send a message of affection and strength in this very difficult hour. Fernando’s death, however not totally unexpected, leaves us sad and angry. We will keep with affection the memory of his friendly demeanour. Fernando was born in 1975, had a long life ahead of him and was an exemplary colleague. Fernando Ampudia de Haro had a wide range of interests. His research resulted in sharp and sensitive works. And they opened up themes practically unexplored by the Social Sciences. Sociology and History, but also Economics, have lost a singular researcher.

The book he published in 2020, in the Contemporary History Press, is very suggestive in this respect. He entitled it “O Processo Civilizacional da Tourada: Guerreiros, Cortesãos, Profissionais… e Bárbaros?” [The civilizational process of bullfighting. Warriors, courtiers, professionals …and barbarians?]. Overcoming the epochal limits that historiographical periodisation so often imposes, Fernando found in bullfighting a subject that allowed him to renew his sociological and historiographical look, indebted to the contributions of, among others, Norbert Elias. On the other hand, Fernando’s research provides us with great historical knowledge and many questions for civic reflection on the subject. I read it from cover to cover the day he sent me the manuscript. You can read the book here.

Fernando’s doctoral thesis was carried out in Madrid, at the Complutense University. It was awarded and was the origin of the book “Las bridas de la conducta: una aproximación al proceso civilizatorio español” [The flanges of behaviour: an approach to the Spanish civilising process] (Madrid, Centro de Investigaciones Sociológicas / Siglo XXI Editores, 2007). Between 2006 and 2012, Fernando was a postdoctoral researcher at the IHC, where he developed the project “The civilized man in Spain and Portugal: models of behaviour and affectivity in the dictatorships of Franco and Salazar”. His main interlocutor at the IHC was our colleague António Reis, for whom Fernando had respect and admiration.

The last paper published by Fernando Ampudia de Haro dates from this year. It revolves around cultural repertoires on love. In recent years, Fernando has added to his research into topics and objects dear to the Eliasian tradition a great interest in the study of neo-liberalism. He has written, with Sofia Gaspar, on tax policies for non-residents (Fernando Ampudia de Haro & Sofia Gaspar, “Neoliberal Political Rationality and Tax Regime: The Case of Non-Habitual Residents“. Revista Crítica de Ciências Sociais 125 (2021): 5-28). It led him to the study of the critique of the current academic publishing regime (e.g. Fernando Ampudia de Haro. “The Impact of (not) Having Impact: A Critical Sociology of Scientific Publications“. Revista Crítica de Ciências Sociais 113 (2017): 83-106). He co-edited, with José Nuno Matos, “Os sujeitos do neoliberalismo” [The subjects of neo-liberalism] (Lisbon, Tigre de Papel / Outro Modo, 2021).

Some of the sources and topics he pursued permeated his investigations into the period of the Iberian dictatorships and today’s liberal world. This was the case with self-help literature. Fernando’s research and publication activity went hand in hand with teaching and learning. He has taught in Salamanca and in ISCSP, but it was at the European University that he was an Assistant Professor for the last decade. Along the way, he found the time and the will to write a dissertation entitled “The Social Economy in the context of austerity policies” at Iscte-IUL, as part of the Master’s in Social and Solidarity Economy. In this institution, he was a researcher at CIES between 2008 and 2020. He would then return to the IHC, accepting the challenge I once made to him to join us, because we needed him to renew our research in the field of Economic History, Social History and Historical Sociology. His early disappearance is a great injustice.

On behalf of the IHC Board of Directors,
José Neves