Living and Dying under Stalinism

Living and Dying under Stalinism

A half-day workshop with Jochen Hellbeck and Yuri Slezkine

This workshop is an opportunity to know the historiographical, literary and ethical challenges that the history of the USSR has posed to two of its most renowned specialists. The workshop will allow us to discuss the way in which personal trajectories and the very notion of self were related to the historical-social transformations in the Stalinist period. At the same time, the workshop will focus on methodological issues arising from the analysis of sources such as diaries, memoirs or belles-lettres.

The first part of the workshop will focus on discussing past and ongoing research of historian Jochen Hellbeck (Rutgers University), revisiting his seminal work Revolution on My Mind (2009) and his later research on the battle of Stalingrad and the history of its memory (Stalingrad, 2015), as well as his ongoing research on the relation between Nazi anti-bolshevism and Soviet anti-fascism.

On the second part of the meeting, we will focus on the work of historian Yuri Slezkine (University of California, Berkeley), namely his book The House of Government: A Saga of the Russian Revolution (2017), the story of the residents of an enormous Moscow apartment built in 1931 and where top Communist officials and their families lived before they were destroyed in Stalin’s purges. We will also address In the Shadow of Revolution: Life Stories of Russian Women from 1917 to the Second World War, edited by Slezkine and Sheila Fitzpatrick (2000). 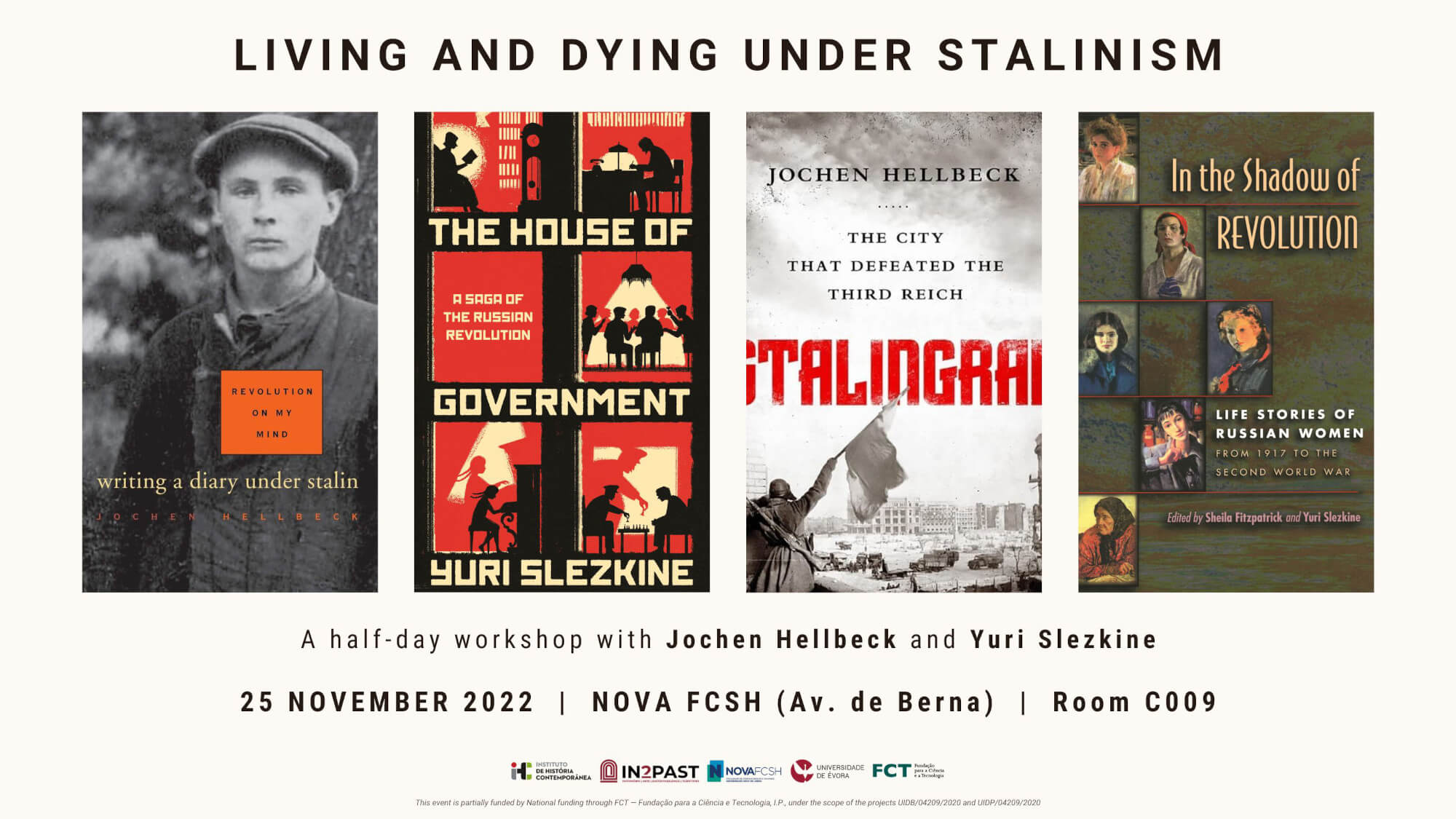