These were the words historian Fernando Rosas used to describe the evocative ceremony of the 77th anniversary of the liberation of the Mauthausen Concentration Camp, which took place on 15 May, in Austria, and where a group of IHC researchers, together with 19 students from Vila Nova de Famalicão, were part of the Portuguese Official Delegation.

The first time that Portugal honoured all victims of Nazi terror of Portuguese origin was in 2017, at the initiative of researchers from the IHC project “Portuguese forced labourers in the Third Reich”, coordinated by Fernando Rosas, with the placement of a plaque on the memorial’s Wailing Wall. Since then, the Portuguese government and the IHC have always been present at the emotional annual ceremony.

This year, as part of a school competition integrated into the educational and cultural program “De Famalicão para o Mundo” [From Famalicão to the World], students from the Camilo Castelo Branco High School, who presented the work “De Famalicão para o Mundo: Trabalhadores Portugueses Forçados no III Reich e os Famalicenses no Sistema Concentracionário Nazi” [From Famalicão to the World: Portuguese Forced Labourers in the III Reich and the Famalicenses in the Nazi Concentration System], together with Miguel Almeida e Sousa (Ambassador of Portugal in Vienna) and Pedro Oliveira (Culture Councillor of the Famalicão Municipality), laid the wreath on the existing memorial on the site and gave the their tribute to the hundreds of thousands of people who passed through Mauthausen, among them more than a dozen Portuguese.

The Portuguese delegation included, among others and in addition to the people already mentioned, Luiz Barreiros (National representative of the ad hoc Working Group of the European Commission for the Fight against Anti-Semitism and Head of the Portuguese Delegation to the IHRA – International Alliance for the Memory of the Holocaust), Marta Santos Pais (Commissioner of the Never Forget Project), Cláudia Ninhos, António Carvalho, Ansgar Schaefer and Cristina Clímaco (project researchers), and Arminda Ferreira (Coordinator of the municipal educational and cultural program “From Famalicão to the World”). 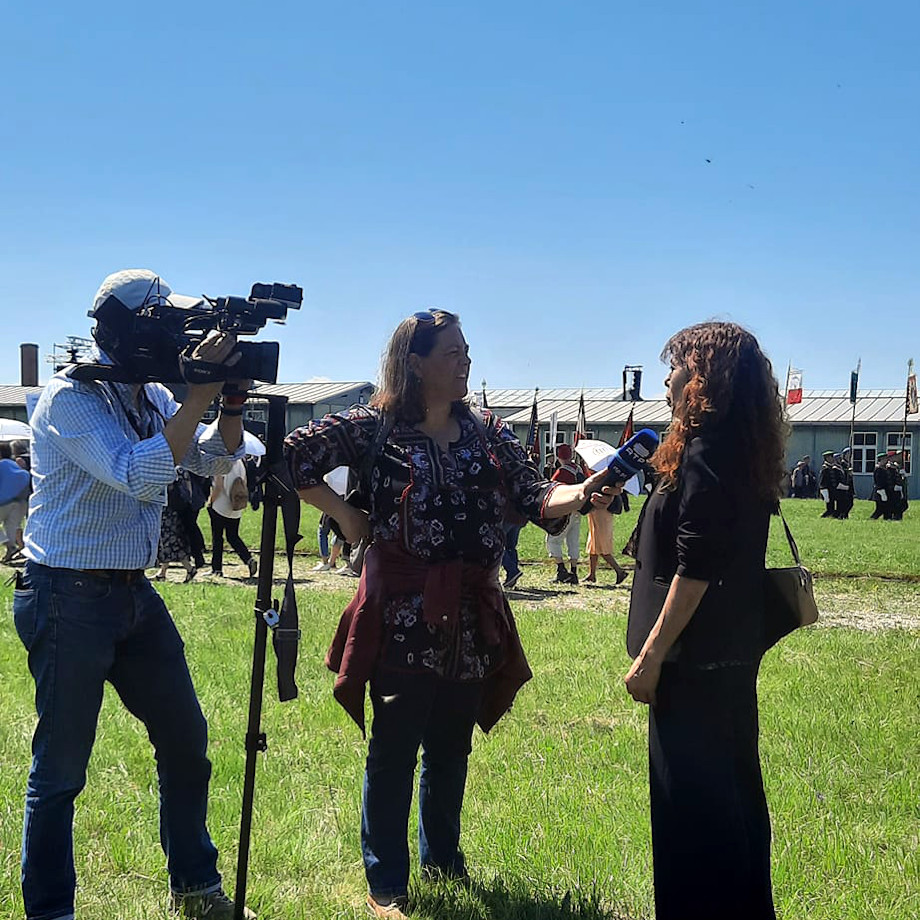 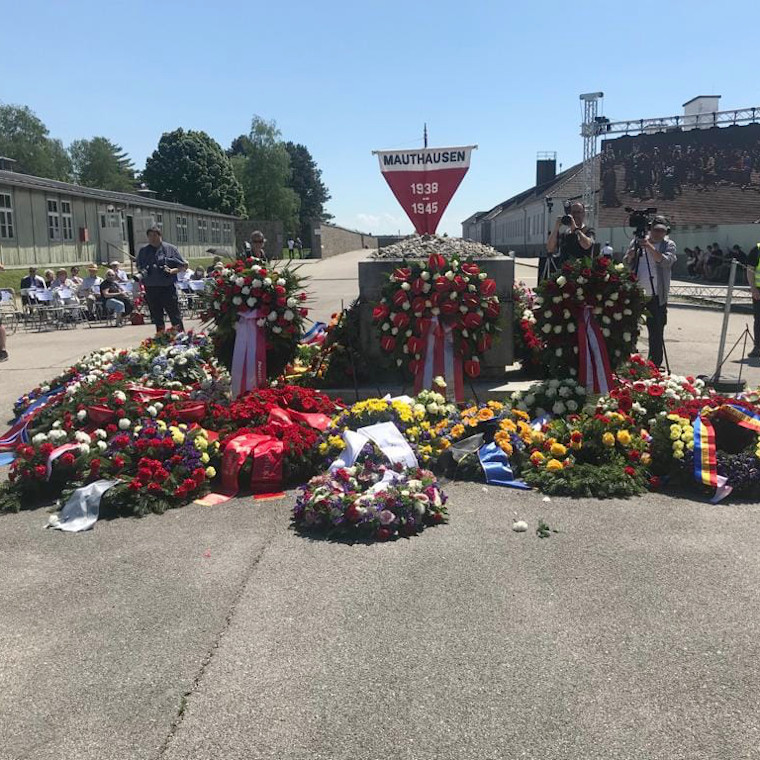 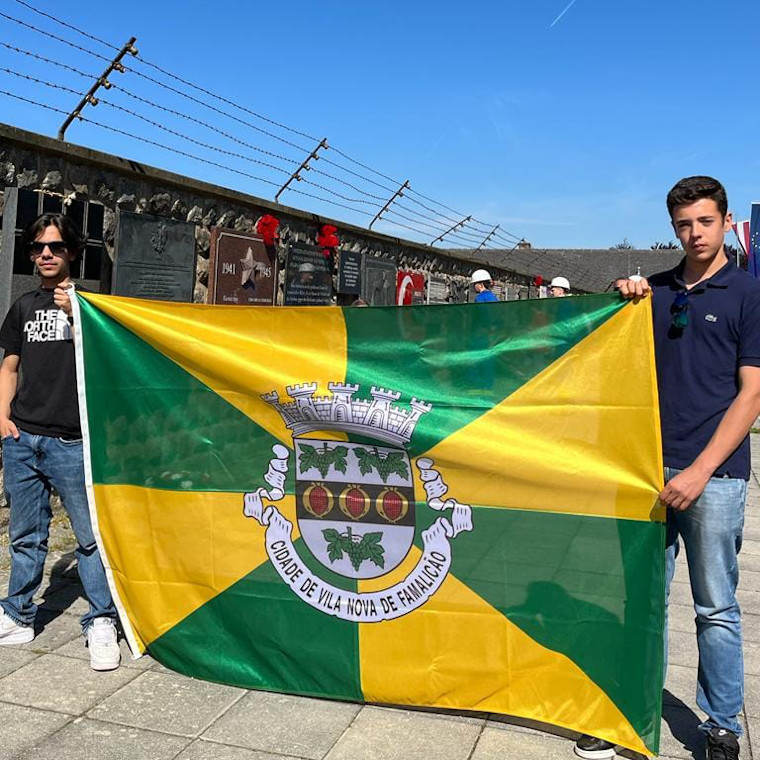 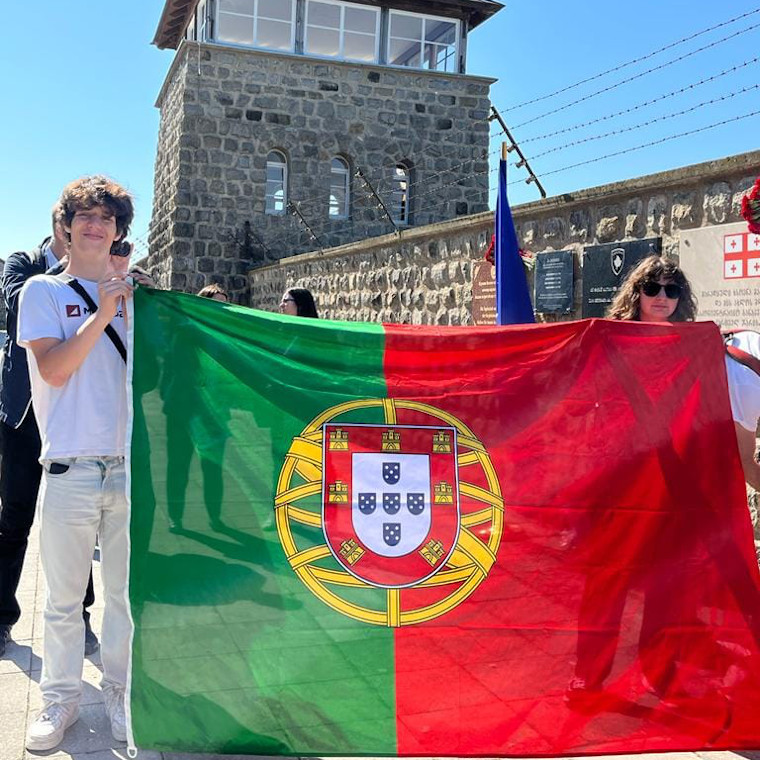 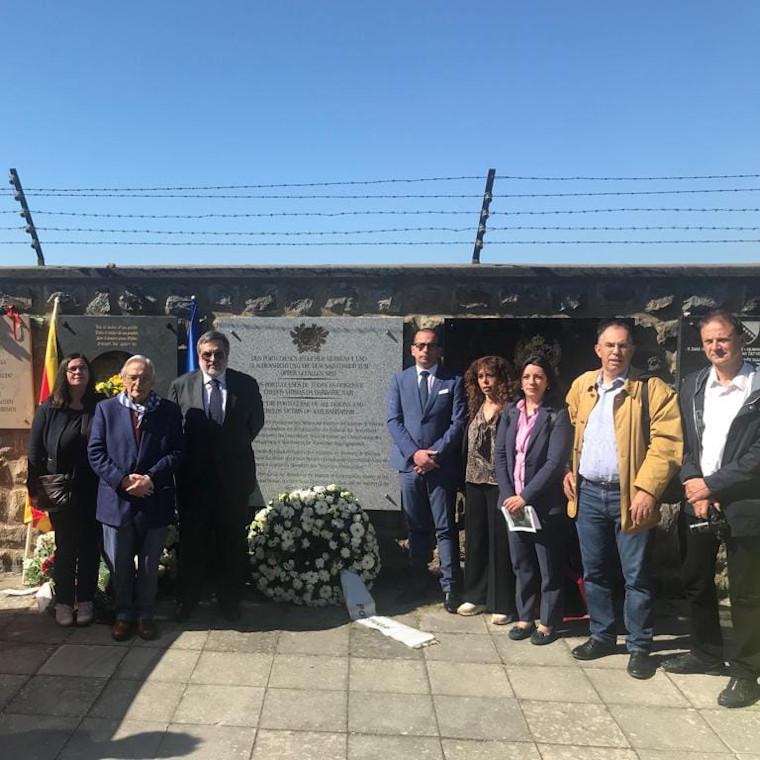 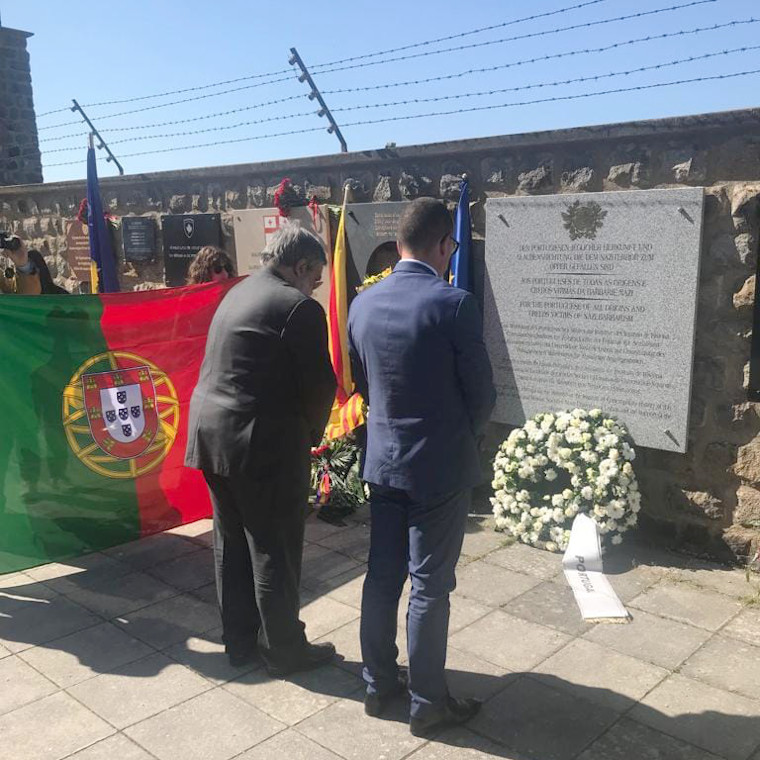