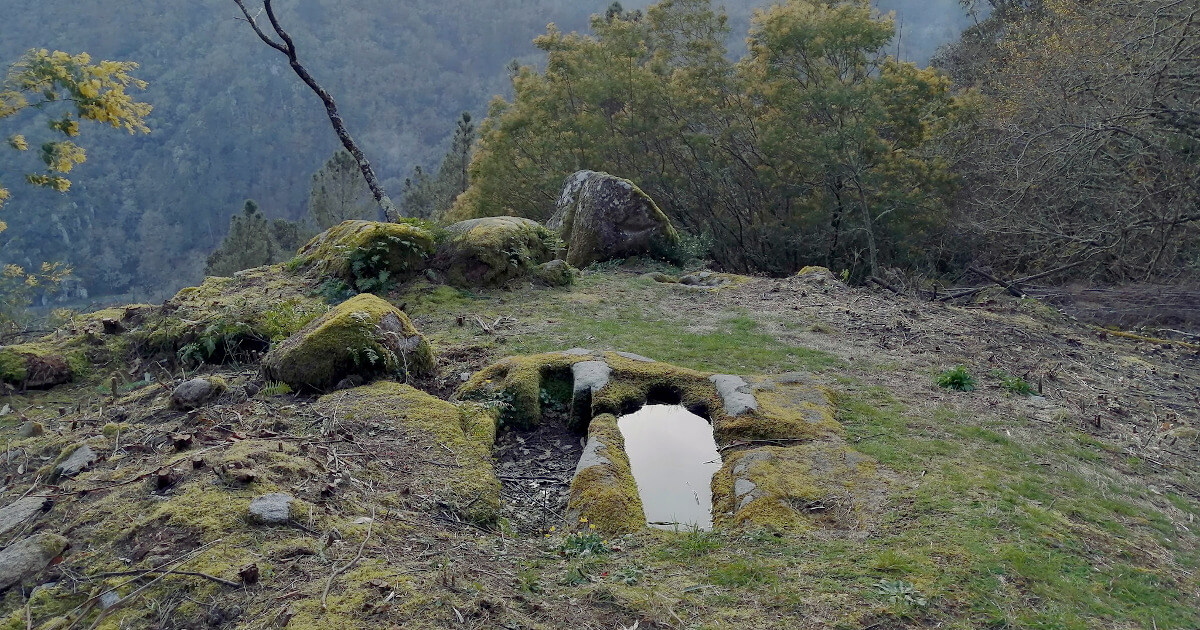 A new campaign on the archaeological site of O Preguntoiro, located in the Galician municipality of Pantón, began on 18 October, co-directed by Xurxo Ayán Vila and Sonia García Rodríguez.

The purpose of this excavation is to deepen the knowledge about the origins of the Ribeira Sacra cultural landscape and, more specifically, to investigate the oral tradition that claims that there was an ancient hermitage in that place in honor of San Xoán Degolado — a possible origin for the Monastery of San Vicenzo de Pombeiro.

In fact, in just a few days, researchers have discovered the remains of a building — which is presumed to be the chapel or hermitage of San Xoán Degolado — as well as sarcophagi carved into the rock, an inscription on a granite block and various ceramic remains. These seem to be associated with the old monastery.

The team started by cleaning the vegetation in the area in order to then carry out intensive prospecting, recording and interpreting stone inscriptions and performing digital photogrammetry of the remains found. In this way, in addition to the research finds, the site is now accessible for public visits.

With a duration of three weeks, this project was funded by the Consellería de Cultura, Educación e Universidade da Xunta de Galicia and by the Concello de Pantón.