IHC researchers receive prizes from the Portuguese Academy of History 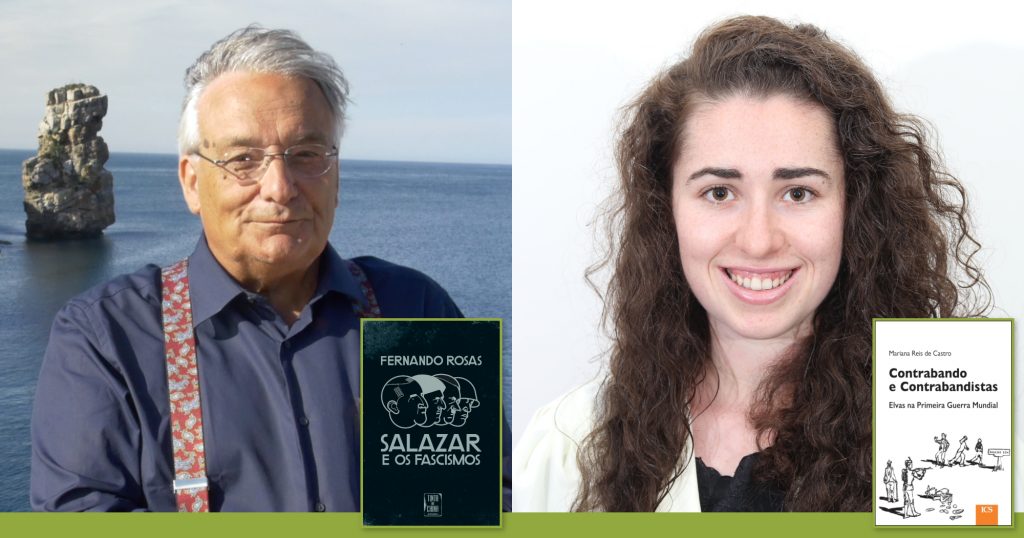 The Portuguese Academy of History has announced the winners of the 2019 edition of its several awards and two IHC researchers have been honoured: ‘senior’ Fernando Rosas and ‘junior’ Mariana Castro.

Fernando Rosas received the Calouste Gulbenkian Foundation Prize, in the “History of Europe” category, for the book Salazar e os Fascismos. Ensaio breve de história comparada [Salazar and the Fascisms. A brief essay on comparative history] (Tinta da China, 2019), a work which the author described as a “retrospective look at the Salazar regime and the leaden world in which it emerged and consolidated”.

Mariana Castro was awarded the EMEL Prize – History of Paths, Trails and Mobility, for the book Contrabando e Contrabandistas. Elvas na Primeira Guerra Mundial [Smuggling and Smugglers. Elvas in World War I] (Imprensa de Ciências Sociais, 2019), the result of her MSc research work. The book “aims to be a contribution to the history of smuggling in Portugal during the twentieth century and to promote a reflection on the logic of illegal economies made in frontier spaces”.

The awards ceremony is scheduled for 4 December at 3 pm at the Lilac Palace in Lumiar, Lisbon. Both prizes have a monetary value of two thousand euros.