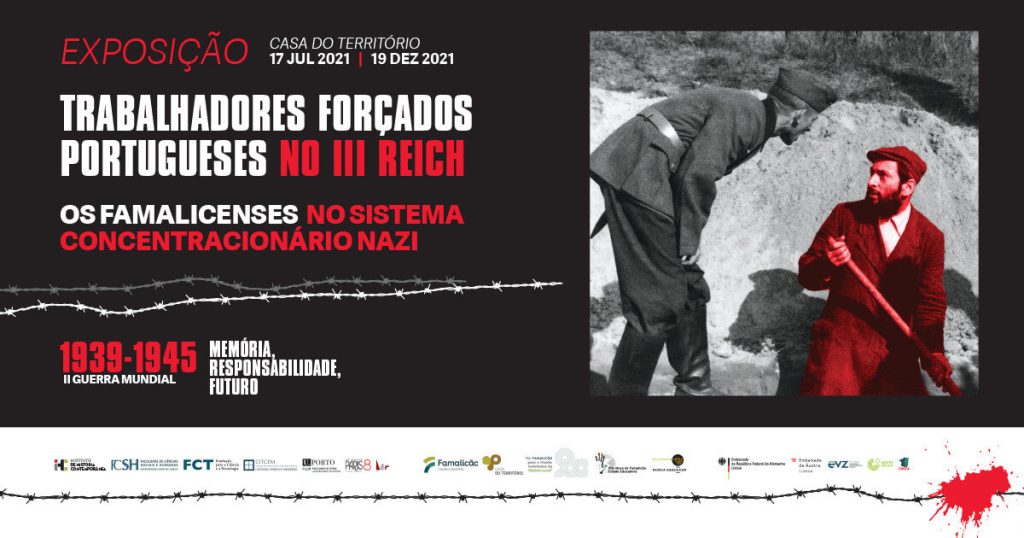 The exhibition “Trabalhadores Forçados Portugueses no III Reich e Os Famalicenses no Sistema Concentracionário Nazi” [Portuguese Forced Labourers in the III Reich and The Famalicenses in the Nazi Concentration System], originally created by the IHC for the Centro Cultural de Belém, in 2017, will be inaugurated in Vila Nova de Famalicão, at Casa do Território, on 17 July.

The materials on display — photographs, personal effects, and documentation — are the result of research carried out by a team led by Fernando Rosas that, since 2014, has been studying the Portuguese victims of Nazism. In addition to addressing the issue of the Portuguese who were subjected to forced labour under the III Reich concentration system, during World War II, it also includes an exhibit dedicated to several local men revealed to have been victims.