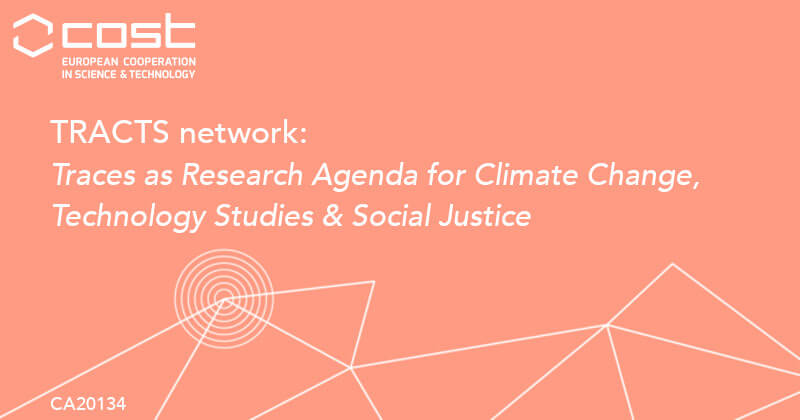 The IHC was one of the proponent institutions of the COST Action “Traces as Research Agenda for Climate Change, Technology Studies, and Social Justice”, resulting in the TRACTS Network.

Lee Douglas, IHC researcher and Marie Sklowdowka Curie Fellow, is one of the members of the team, which is led by Aimée Joyce  (University of St Andrews), and explains that TRACTS “seeks to connect researchers, artists, and practitioners whose work considers how incomplete, partial, or fractured remains of unsettled critical events from the past are activated to make meaning in the present”.

For scholars of humanities and social sciences as well as those of natural sciences, historical traces have become important methodological and analytical tools for the study of past and present phenomena. Be it an archaeological find, a visual mark or a body fragment, traces of the past can act as vehicles for knowledge production in a broad way: in scientific labs, human rights inquiries, museums, heritage conservation, and even in infrastructure and environmental projects.

TRACTS will start its activities at the end of October, bringing together, in addition to those from the IHC, researchers from British, German, Croatian, Spanish and Turkish institutions, among others. It will consist of five working groups that will consider the ethical, conceptual and methodological challenges that the concept of “trace” represents for researchers, activists, lawyers and other professionals seeking to understand how images, objects, and other historical traces are activated in the present.

Details about this initiative are available at this link and news from the network can be followed on Twitter at @tracts_network.

The page you requested could not be found. Try refining your search, or use the navigation above to locate the post.

Seven new research contracts were awarded to the IHC.

João Aleixo was the winner of the first edition of the Professor Doutor Joaquim Romero Magalhães Prize.

The revolution in images — An exhibition on the 24th of August

Luís A. Costa Dias and Paulo Jorge Fernando were the curators of the new exhibition dedicated to the 24th of August 1820.