From the Empire to queer history – New FCT scholarships at IHC 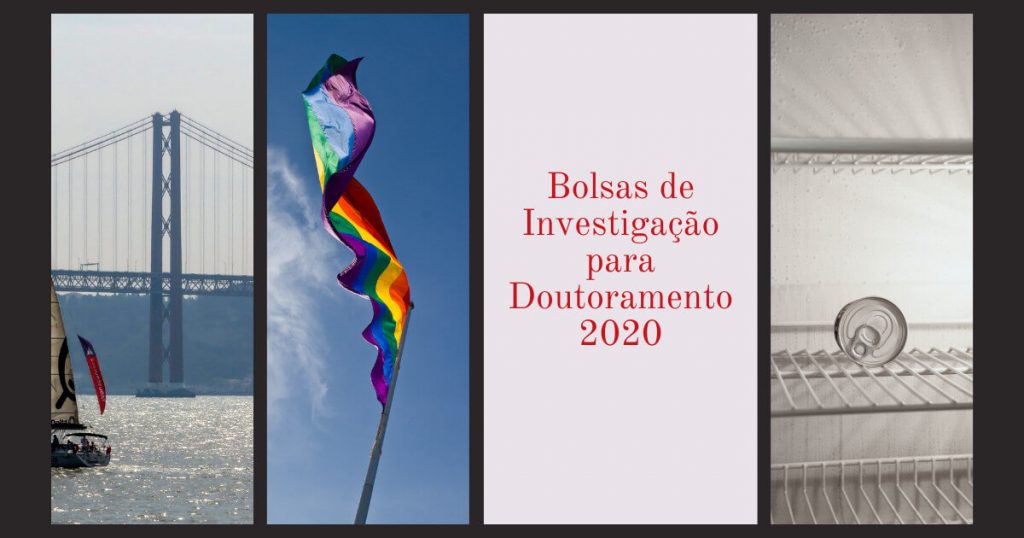 The results of the 2020 Call for PhD Research Scholarships of the Foundation for Science and Technology (FCT) were released on 1 October and the IHC was awarded four new PhD Scholarships in the History and Archaeology panel.

Joana Matias proposes to study the role of independent publishing in the historiography of queer culture and movements in Portugal through the study of Organa and Lilás, two of the first Portuguese lesbian publications. Joana did a Masters in Gender Studies at Paris 8 University and has been focusing on lesbian history in Portugal.

Henrique Oliveira wants to do a historiographical exercise to analyse the construction process of the Salazar Bridge, today the 25 April Bridge. What is the relationship of this “object” with the national economy at the time? And what are the consequences of the project for the Estado Novo regime? These are the main questions the PhD student in Globalization Studies at NOVA FCSH will try to answer.

Rita Narra Lucas will explore the concept of “Third World”, starting with the end of the Portuguese colonial empire, through the identification and analysis of the political, intellectual and scientific discourse that contributed to the formation of that idea. Rita had already collaborated, as a research fellow, in the IHC research project “Amílcar Cabral, from Political History to Politics of Memory”, coordinated by Rui Lopes.

Finally, Susana Domingues aims to understand the main implications of the construction and dynamization of cold stores in Portugal in the development of the food sector in the first half of the 20th century. This investigation was already underway, but will now receive financial support from the FCT.