The International Multidisciplinary Conference – Welwitschiana: Beyond Frederich Welwitsch’s Collections will be held by IHC and IN2PAST, University of Évora, on 20 October 2022, in memory of the 150 years of Welwitsch’s death. This online conference aims to bring together researchers and scientists from different backgrounds from history of science, botany, geology, zoology and others, which have in common the study of Welwitsch’s collections and work.

Friedrich Martin Joseph Welwitsch (1806–1872) was an Austrian doctor and botanist mainly known for his work in collecting flora of Angola in the 19th century. Welwitsch was sent by the Portuguese Crown to what is known today as Angola through the expedition Iter Angolense (1853–1860) with the objective to collect data, plants, animals, and minerals for scientific analysis and to ascertain their economic potential. On 3 September 1859, Welwitsch was the first European to describe the famous Namib Desert plant, later named Welwitschia mirabilis in his honour. As a result of this expedition, Welwitsch collected about 5.000 plant species, of which 1.000 were new to science.

🔗 Registration for the Zoom link

Please note that these topics should be considered as guidelines, and therefore opened to change upon participants’ suggestions.

We welcome contributions from both experienced and early career scholars. Please send your proposals for 15-minute papers (abstracts of max. 300 words), along with a brief biographical note, to sma@uevora.pt by the deadline of 14 June 2022. Successful applicants will be notified by July 2022.

The conference will be held virtually via Zoom. For queries please do not hesitate to contact the organizers at the above email address. 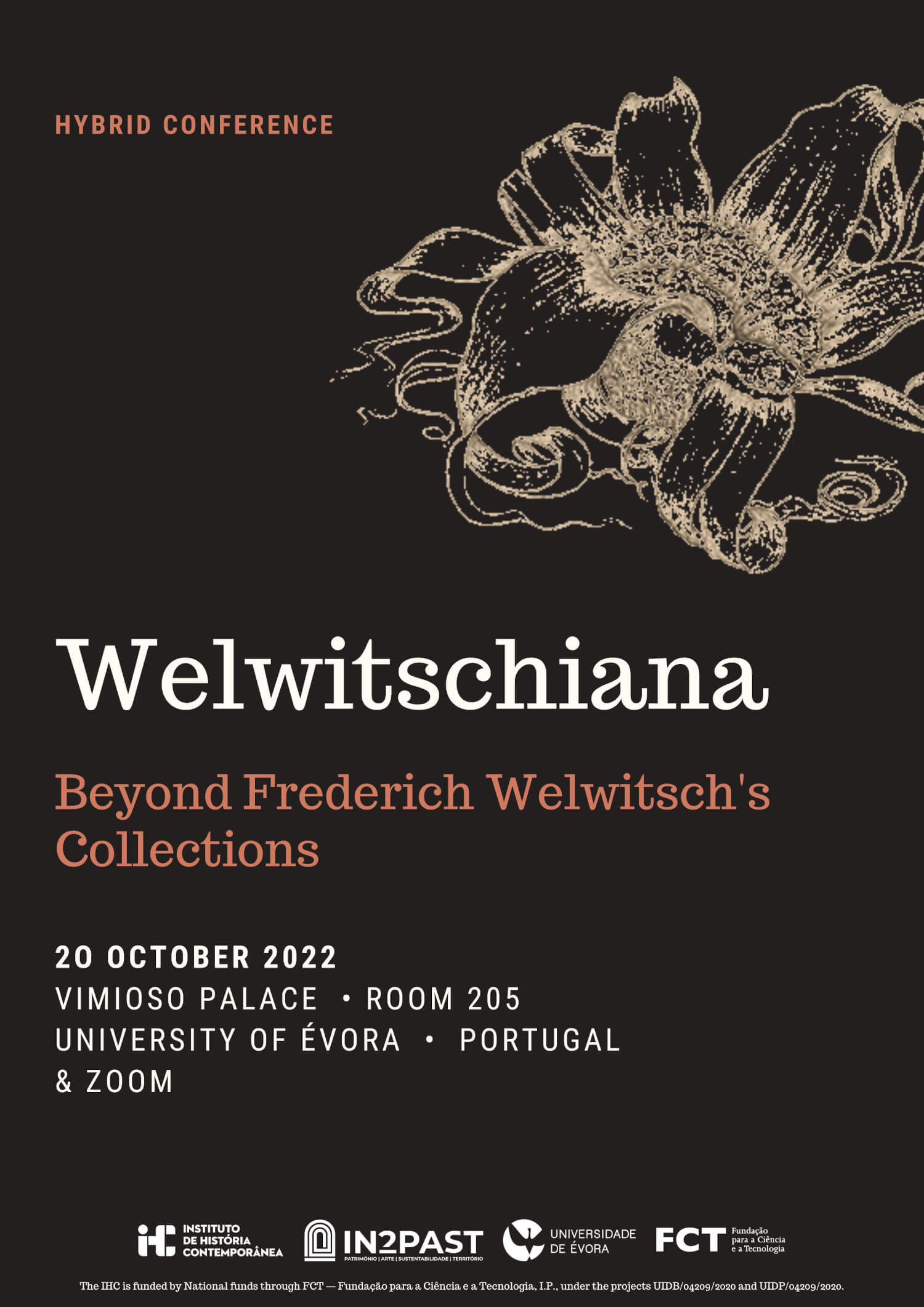