5th International Workshop on the History of Speech Communication Research

5th International Workshop on the History of Speech Communication Research

The aim of this workshop is to gather together researchers interested in the history of speech communication research while also contributing to bringing experimental phonetics into the mainstream of the History of Science. For the first time, a meeting of this nature is dedicated to the memory of an individual scholar, Armando de Lacerda (1902-1984). Born in Porto in Portugal, Lacerda is a pioneer in the speech sciences, for example coining along with Paul Menzerath the term “coarticulation”, one of the core concepts of phonetics. In 1932, Lacerda created the polychromograph and developed chromography as an advanced method of research in the field of phonetics which surpassed the limitations of kymography, the method predominantly used at experimental phonetics laboratories up until the mid-20th century. This workshop focuses on Lacerda’s work and commemorates the 120th anniversary of his birth. The aim is to increase our understanding of the development of experimental phonetics in the first half of the 20th century, which requires wider-ranging research on actors, laboratories, techniques and instruments. The international networks involving Lacerda will be explored in contributions from Europe and around the world, enabling reflection on a range of questions associated with the history of speech communication research and the History of Science in general, including traditional ideas such as the dichotomy between creative scientific ‘centres’ and passive ‘peripheries’. 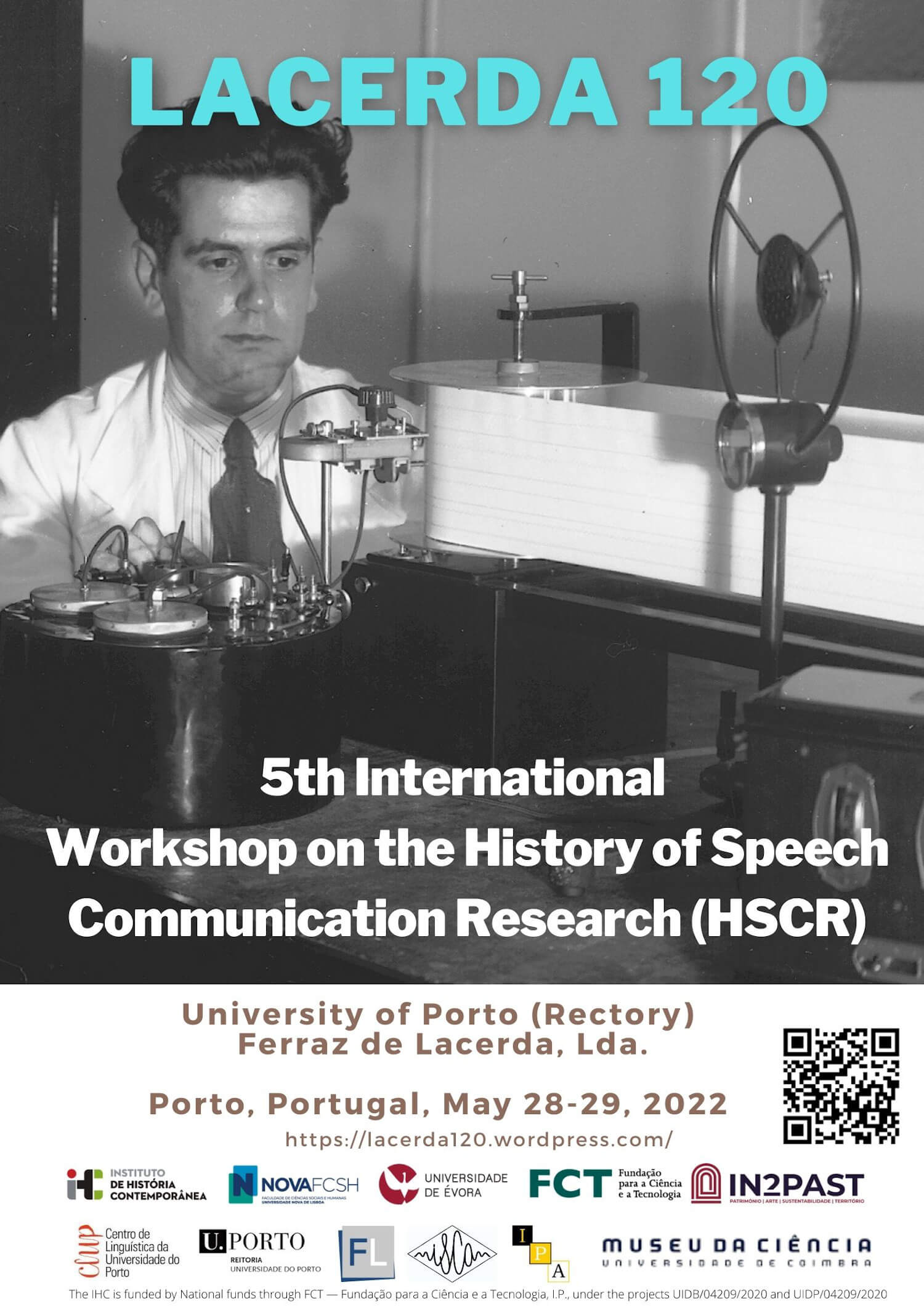