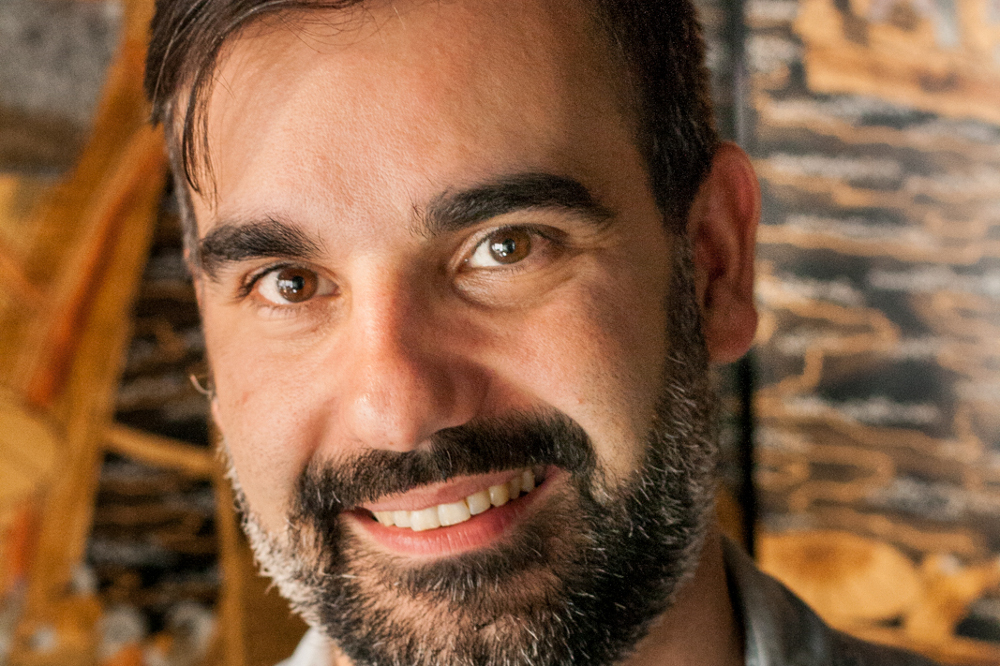 He completed his degree in History at NOVA FCSH in 2001. In 2006, he obtained a master’s degree (NOVA FCSH) with the dissertation “A Casa Palmela e o desafio Liberal: estratégias de Afirmação” [A Casa Palmela and the Liberal Challenge: Strategies of Affirmation], published by Livros Horizonte in 2008. In 2014, he obtained the degree of Doctor (NOVA FCSH) with the thesis funded by the FCT entitled “Nos bastidores da Corte”: O Rei e a Casa Real na crise da Monarquia – 1889-1908” [In the backstage of the Court”: The King and the Royal House in the Monarchy Crisis – 1889-1908], a work that won the 23rd edition of the Victor Sá de Contemporary History Award of the University of Minho.

He is a researcher at the Institute of Contemporary History (NOVA) and at the Center for Classical Studies (FLUL). He participated, as a fellow, in several research projects by NOVA, University of Évora, and ISCTE-IUL, of which the “Portuguese Women Writers (16th-19th centuries)“, funded by FCT, stands out.

He participated in several meetings of COST Action IS0901 “Women Writers in History – Toward a New Understanding of European Literary Culture” and of COST Action IS1310 “Reassembling the Republic of Letters, 1500-1800. A digital framework for multi-lateral collaboration on Europe’s intellectual history“. He was a member of the Luso-German integrated action “Redes culturais femininas entre Portugal e a Alemanha” [Women’s cultural networks between Portugal and Germany], funded by the FCT and participant in the project “Site das Escritoras”, funded by the Calouste Gulbenkian Foundation.

His research areas have been the Portuguese elites during the Constitutional Monarchy, having been more recently interested in the study of female textual production throughout the 19th century. He regularly presents the results of his research in conferences, both in Portugal and abroad, having published several papers.

After meetings in Évora and Braga, IN2PAST is now formally presented in Lisbon, at NOVA School of Social Sciences and Humanities. 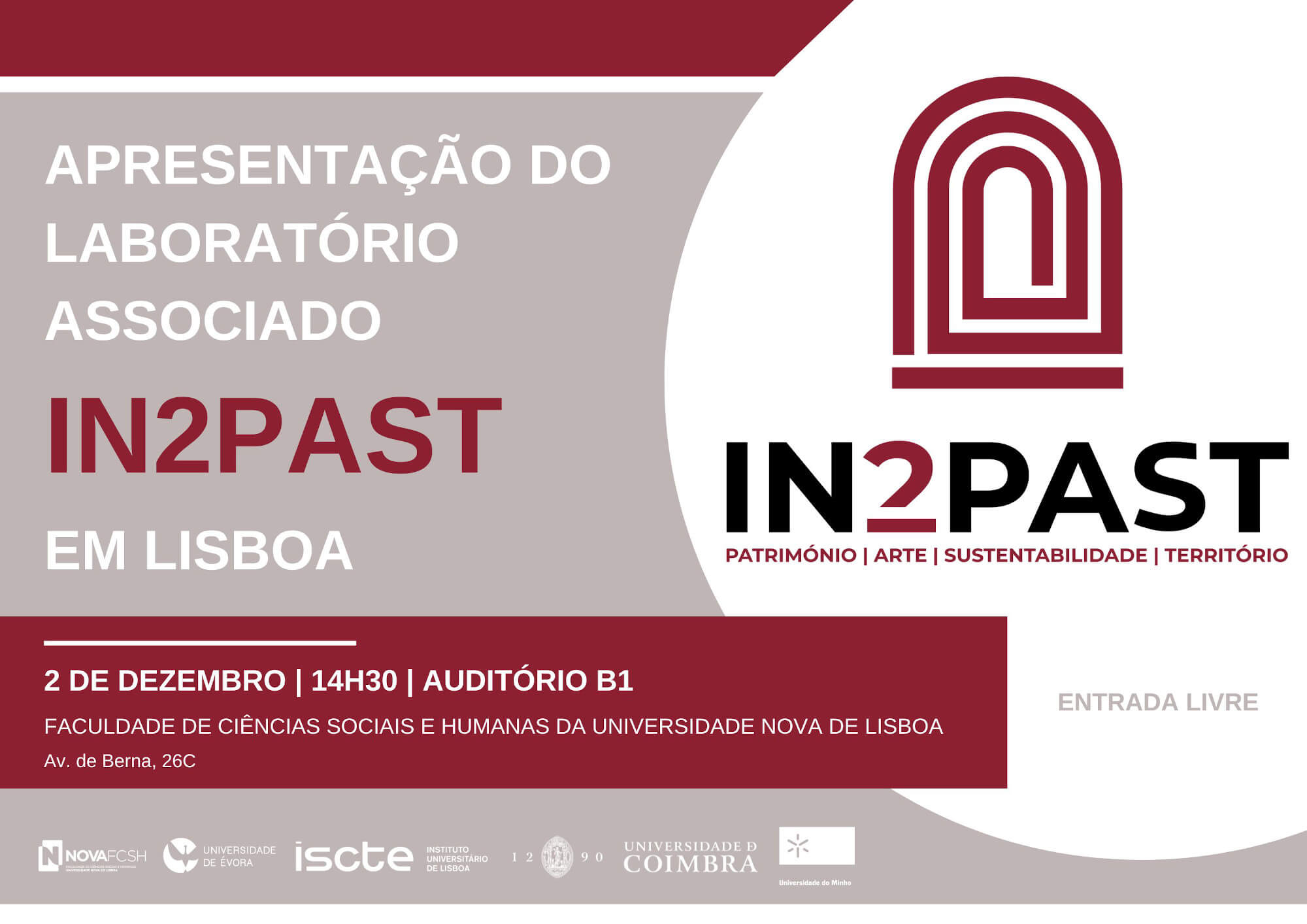 Associate Laboratory for Research and Innovation in Heritage, Arts, Sustainability and Territory

Lecture in the framework of the parallel programme of the exhibition “Resistant Women”, at the Alcântara Library, in Lisbon. With

Lecture in the framework of the parallel programme of the exhibition “Resistant Women”, at the Alcântara Library, in Lisbon. With Laura Muñoz-Encinar.

The Francoist repressive strategy unleashed after the coup d’état of 18 July 1936 developed complex mechanisms of physical and psychological punishment. Within Franco’s repressive system there was a specific procedure applied to Republican women. In this presentation, I provide an analysis of the repression suffered by women during the Spanish Civil War and Franco’s dictatorship in Spain. For that purpose, I draw on stories of female victims, who suffered physical and psychological humiliation, and on mass graves with bodies of women. The research is based on a holistic study of material, oral and written sources from an archaeological, forensic, and historical perspective. It is argued that the different repressive strategies used against the female population by Spanish fascism was motivated by the perception of women as second-class citizens and therefore inferior to men. Their punishment followed criteria of exemplarity.

Laura Muñoz-Encinar is a specialist in the Archaeology of Contemporary Conflict and Forensic Anthropology, focusing on repression processes conducted in 20th-century wars in Spain and Europe and gender studies. Her research takes a holistic analysis of mass graves through an interdisciplinary approach combining history, archaeology, and forensic anthropology. This combination of disciplines provides an integrated analysis of the contexts of contemporary political violence, showing new approaches to the production of historical knowledge. Her research career has been centred on the exhumations of mass graves of victims of extrajudicial repression, from the perspective of forensic archaeology, with the aim of analysing the repressive strategies developed during the Spanish Civil War (1936-1939) and Franco’s dictatorship (1939-1975). Inside this approach, she has a special interest in analysing gendered violence in war and post-conflict scenarios. Moreover, she has examined the importance of scientific evidence for the interpretation of past events and the production of historical knowledge about contemporary political violence. 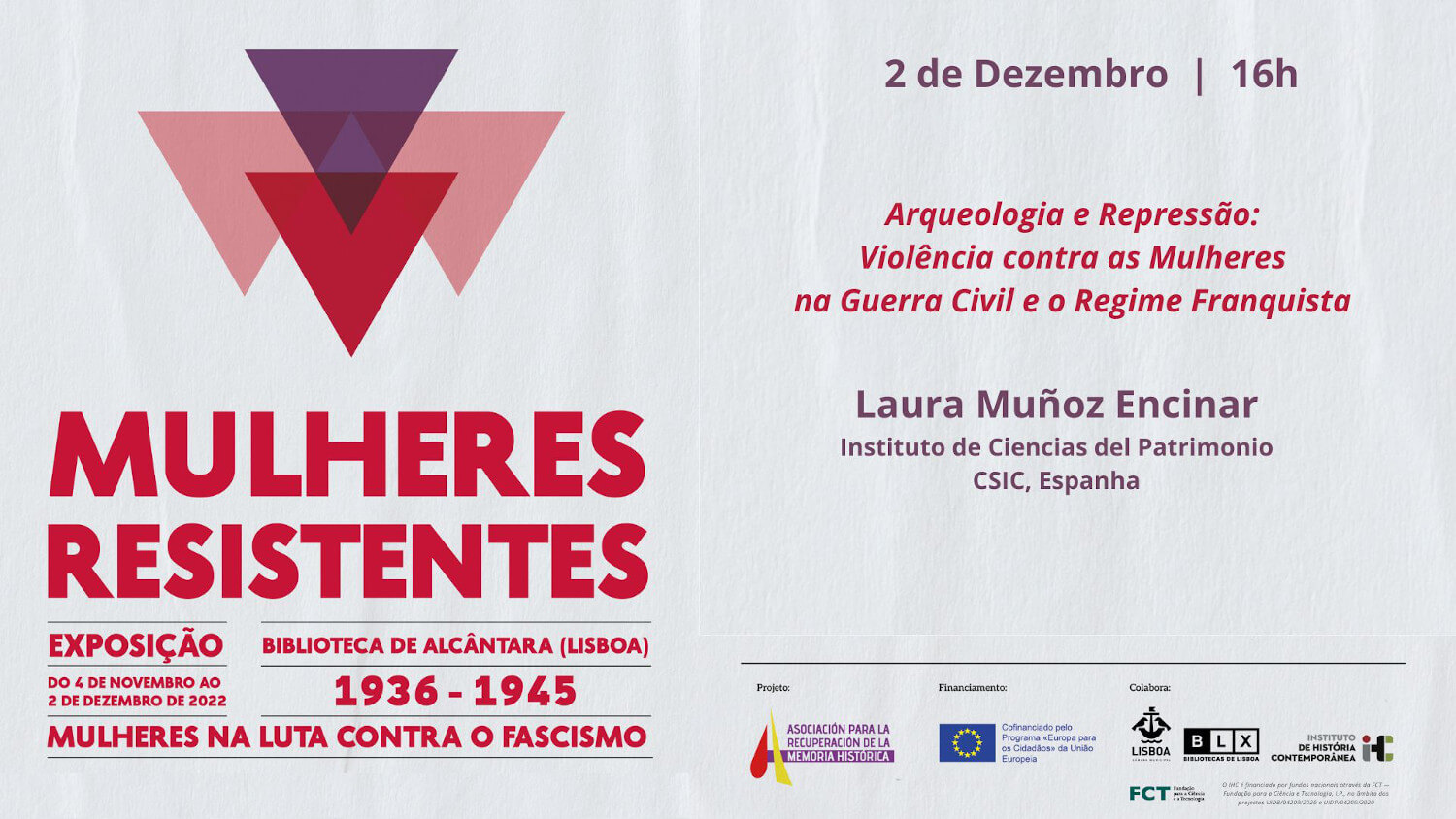 Institute of Contemporary History — NOVA FCSH, Association for the Recovery of Historical Memory, and Alcântara Library

Opening of the film cycle promoted by the IHC and other research centres at the Portuguese Cinematheque on the Representations of the Middle Ages in Cinema.   Luz e Sombra

Opening of the film cycle promoted by the IHC and other research centres at the Portuguese Cinematheque on the Representations of the Middle Ages in Cinema.

The IHC, through the inter-university research group “Using the Past. The Middle Ages in the Spotlight” and in close collaboration with the Portuguese Cinematheque, is one of the promoters of the cycle “Luz e Sombra — Representações da Idade Média no Cinema” [Light and Shadow – Representations of the Middle Ages in Cinema], which will take place during the month of December.

The opening session, at 7pm on 2 December, will feature the film “Monty Python and the Holy Grail“, directed by Terry Gilliam and Terry Jones – “a parody of medieval films such as none before or since cinema has ever known”. The full programme of the cycle is available here.

More information about the film cycle 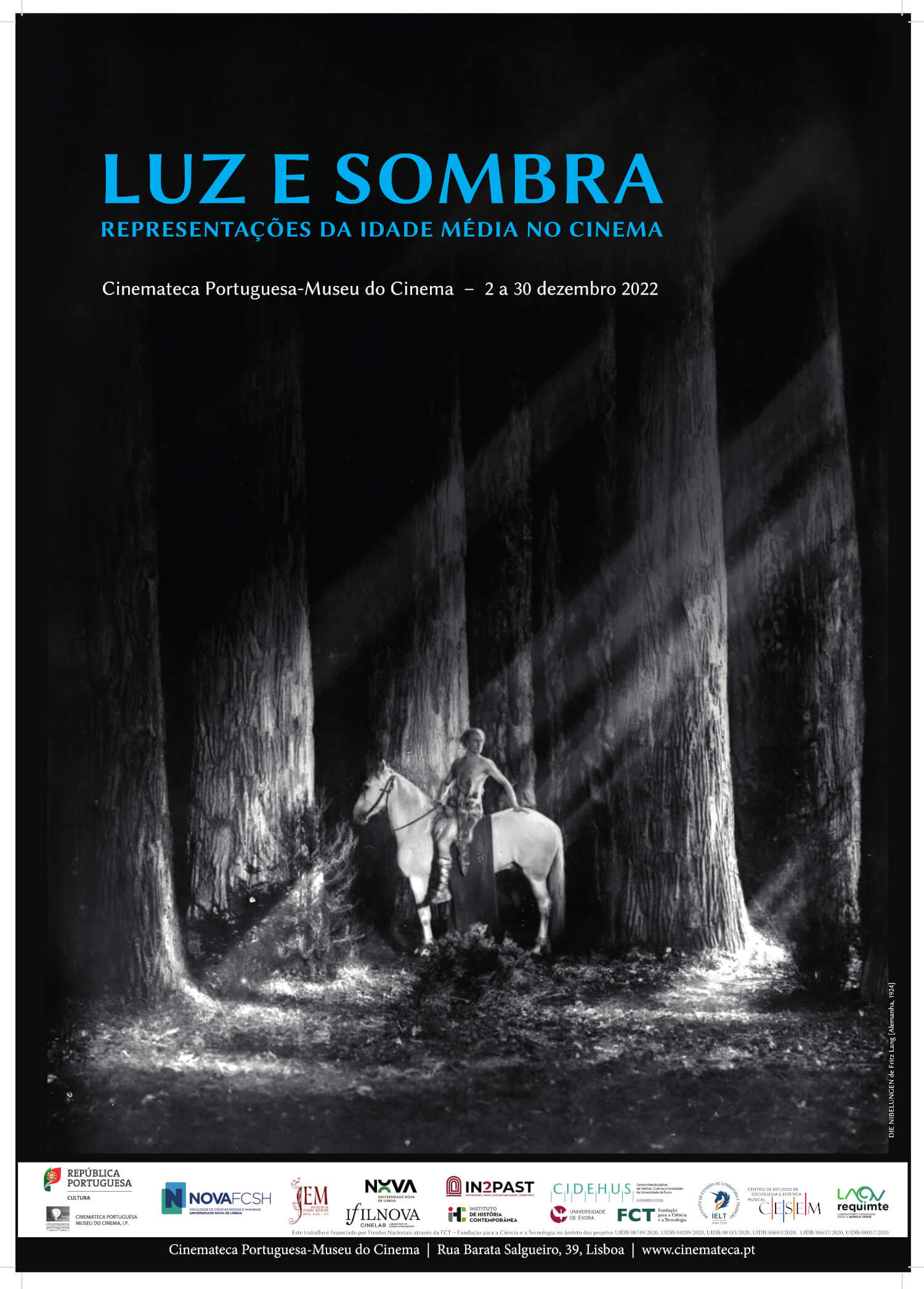