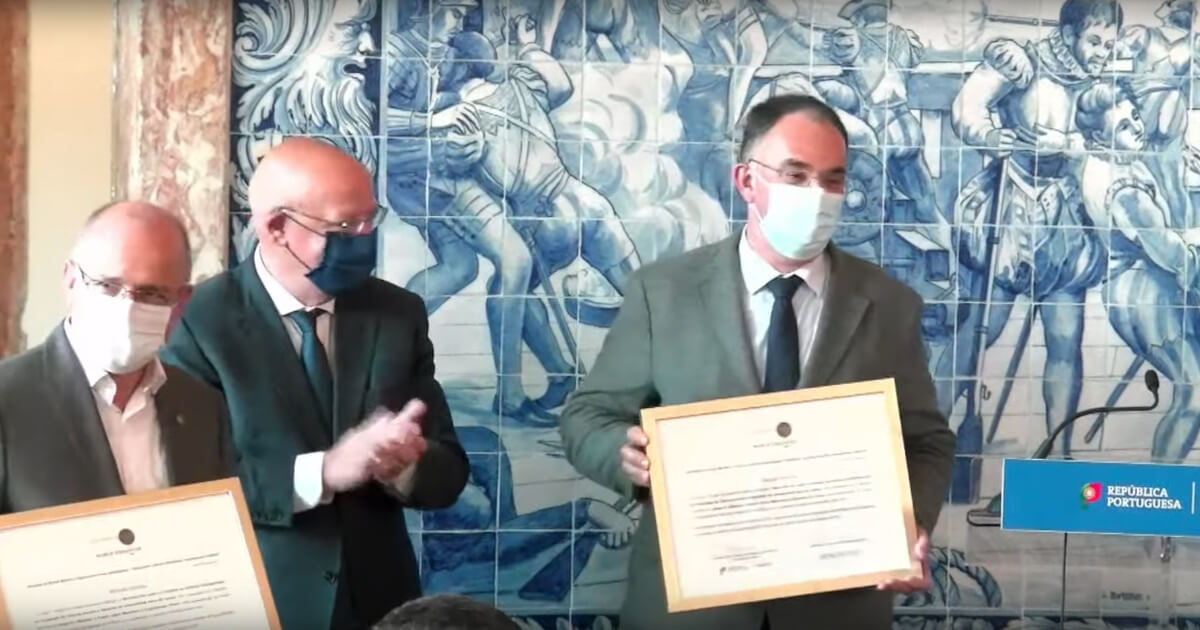 The Municipality of Loulé and the IHC were awarded the 2nd Honourable Mention of the Municipal Award “Aristides de Sousa Mendes and other Portuguese Saviours – Holocaust, Universal Values, Humanism and Justice”, in the category Shaping the Future on Living Memories and Experiences, with the project “Portuguese Forced Labourers in the Third Reich and Louletanos in the Nazi Concentration System”.

The Award, whose attribution ceremony took place yesterday at the Palácio Galveias Library, “recognizes the local authorities that, on their own initiative or in conjunction with civil society, promoted initiatives of high merit and public interest”. In this first edition, 42 applications were presented in the five categories, whose winners were:

Picture: Delivery of Honourable Mention diplomas by Augusto Santos Silva (Minister of State and Foreign Affairs) to Vítor Aleixo (President of Loulé’s City Council) and António Carvalho (Director of the National Archaeology Museum, Associates Researcher at IHC and member of the project).