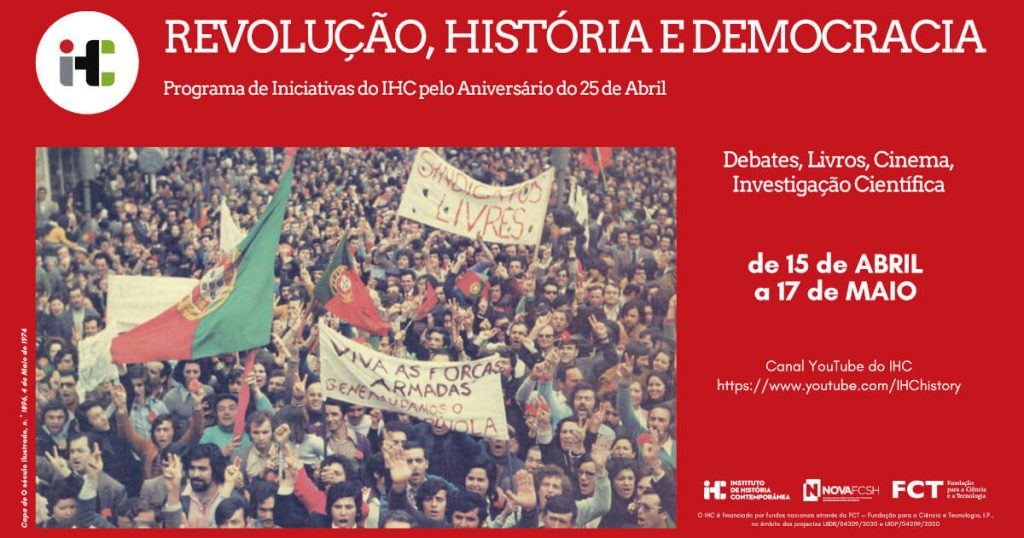 Marking the passing of yet another anniversary of the revolution of 25 April 1974, the Institute of Contemporary History organizes a series of events guided by the desire to deepen the debate around our recent past — Revolução, História e Democracia [Revolution, History, and Democracy].

This series meets the global dimensions of the April revolution, the liberation struggles waged against the Portuguese empire and the resistance and opposition to the dictatorship of the Estado Novo. These events also call for a reflection on the challenges that the analysis of the democratic period inaugurated by the revolution poses to historiography, as well as to other disciplines of the social sciences, also questioning the current labour circumstances of the scientific practice itself.

All events will be broadcast live on the IHC’s YouTube channel and the full [UPDATED] program can be found on this link.