One hundred years of the Portuguese Communist Party

Colloquium that marks the 100-year anniversary of the Portuguese Communist Party, gathering researchers with a diverse set of views and backgrounds. CFP: 15 July 2021 31 July 2021 [NEW DEADLINE]

Colloquium that marks the 100-year anniversary of the Portuguese Communist Party, gathering researchers with a diverse set of views and backgrounds. CFP: 31 July 2021 [NEW DEADLINE]

One hundred years of the Portuguese Communist Party

To mark the 100-year anniversary of the Portuguese Communist Party (PCP) the Institute of Contemporary at NOVA FCSH, will hold an International Colloquium, which aims to bring together a diverse set of views from researchers, regarding the oldest functioning party in the country.

PCP’s history spans several distinct historic periods, being irrevocably connected to Portugal’s history in the last one hundred years. Throughout the decades, it witnessed a military dictatorship, Estado Novo (a fascist regime), the 25th of April revolution and the revolutionary period that ensued, the genesis of the 1976 constitution and its disputed revisions, and finally the period between Portugal’s integration in the European Union and the present day. Through all of this, the party had ups and downs. Its evolution echoes a vast portion of the twentieth century as well as the complexities and challenges of our time.

Having been pivotal in the resistance to a dictatorship and in the establishment of a democracy, the party is controversial as a “living being” but of vast importance to History and interest to Human and Social Sciences in general. This is our viewpoint on this matter. 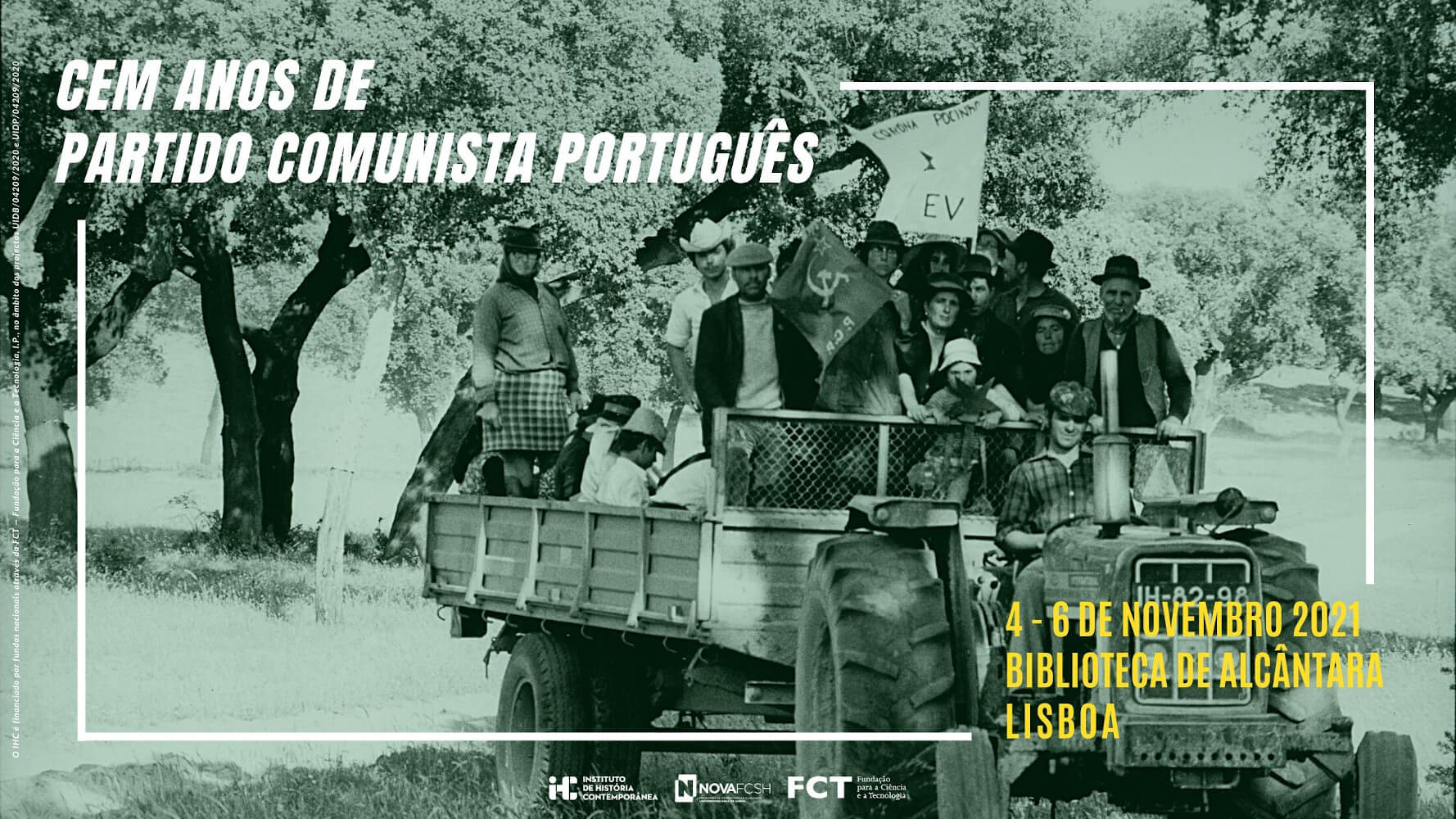 The fields of History and Political Science have been the main sources of studies on communism in Portugal, though other approaches have been rehearsed in larger or smaller scales. All standpoints on the subject have its merits and interest, from Sociology to Psychology, from Anthropology to Linguistics. In that sense, we call for all scientific contributions aiming at a plural and multidisciplinary dialog.

Proposals should be sent to the following address: coloquio.100anospcp@gmail.com and must be submitted until 31 July 2021 [NEW DEADLINE] with the following elements:

The results will be communicated until the 31st of July 2021.