Workshop that seeks to map the complexity of post-WWI communist transnational activism and its long-term significance, especially outside of Europe. Deadline: 20 September   National Liberation, World Revolution:

Workshop that seeks to map the complexity of post-WWI communist transnational activism and its long-term significance, especially outside of Europe. Deadline: 20 September

Anti-Colonial Networks and the Origins of Global Communism, 1914-24

The end of the First World War and the Russian Revolution inaugurated a period of unprecedented global effervescence. Europe has often been regarded as the epicentre of these agitations and the Moscow-centred international communist movement as their protagonist. However, the upheavals of these years galvanised a variety of actors, including anti-colonialists and revolutionary nationalists, as well as activists linked to the Communist International but who retained significant ideological and political autonomy. This was especially true in the pre-Stalinist period. Unrest spread to the Americas, Africa, and Asia too, where nationalism intersected in complex ways with class conflict. While Moscow attempted to channel this ferment, alternative hubs for transnational activism emerged, often on the basis of pre-existing networks of anti-war and anti-colonial solidarity. Locations such as Mexico City, Algiers, Tashkent, Buenos Aires, and Shanghai became important coordinating centres where the Communist International coexisted with a plethora of leftist and national liberation movements. These cities became loci of socialisation for radicals from different countries and political traditions. They thus helped forge new identities, including incipient Third Worldist sentiments. The ideological and geographical contours of global activism in these years and the origins of the international communist movement were thus more diverse than has often been assumed. This conference seeks to map this complexity and its long-term significance, with special focus on non-European places and actors.

The workshop will preferentially have an in-person format at Lisbon’s Institute of Contemporary History (IHC), although it will also accommodate some online presentations. It will be streamed on Zoom. Those who wish to follow the event online should contact azoffmann@fcsh.unl.pt.

The workshop will take place at the Institute of Contemporary History (IHC), in Lisbon (Portugal), on 26-27 November 2021. Panelists are asked to present 25/30-minute papers. There is no need to circulate papers beforehand. The event will have a hybrid format and will accommodate online presentations.

Ideally, however, we encourage speakers based in Europe to try to make it to Lisbon and meet in person. We are in the position to offer a limited amount of travel subsidies for those who cannot secure institutional support for the trip.

Abstracts (200 words) should be sent before 20 September to azoffmann@fcsh.unl.pt along with a short biographical note. Participants should receive a confirmation of acceptance no later than 25 September. 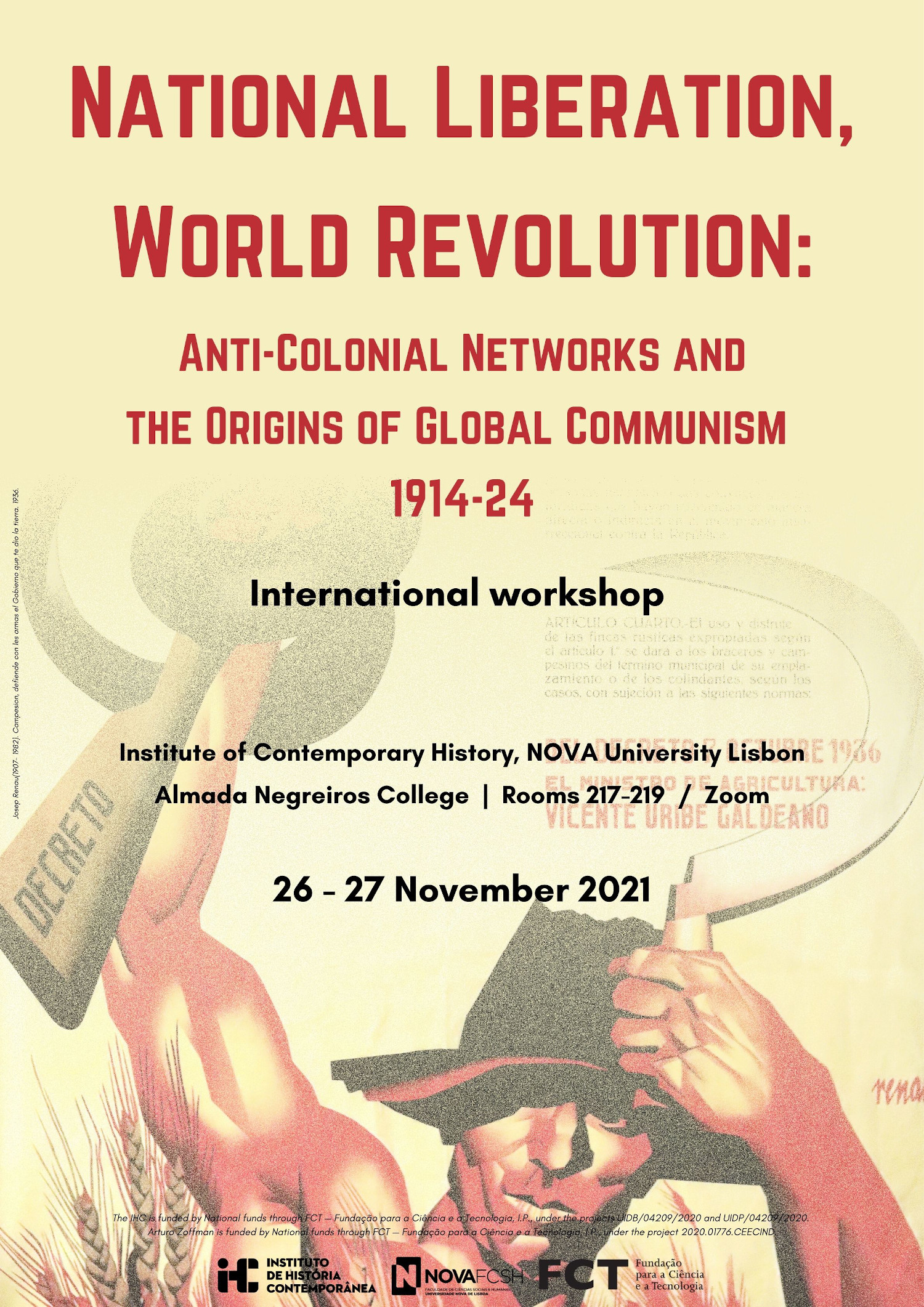