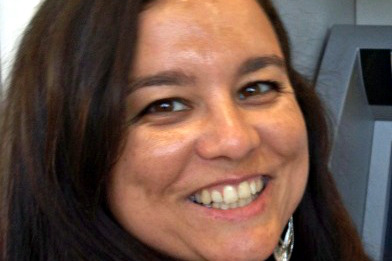 Fátima Mariano has been a reporter since August 1997 and an integrated researcher of the Institute of Contemporary History of the NOVA FCSH since November 2011. She graduated in Communication Sciences, specialising in Journalism from the Universidade NOVA de Lisboa, and started her professional career in 1997 at the Diário de Notícias. Between 1998 and 2014, she was a reporter of the Jornal de Notícias. She holds a Master’s and a PhD degree in Contemporary History. She is the author of the books “As Mulheres e a I República”, published in 2011 by Caleidoscópio, in the framework of the Edition of Thesis Programme of the National Committee for the Remembrance of the Centenary of the Republic, and “Grandes Mistérios da História de Portugal“, published in 2019 by Contraponto. She was an editorial secretary of the journal Faces de Eva. Estudos sobre a Mulher, of the CICS.NOVA, between May 2015 and April 2016. She is a part of the project Portugal 14-18, which aims to evoke the centenary of the participation of Portugal in the Great War.