A Century of Internationalisms

International and interdisciplinary conference about the history and legacy of the League of Nations, organised by the IHC, CEI-IUL, and CEIS20-UC.   A Century

International and interdisciplinary conference about the history and legacy of the League of Nations, organised by the IHC, CEI-IUL, and CEIS20-UC.

A Century of Internationalisms:

The Promise and Legacies of the League of Nations

This international conference aims to contribute to renew the interest and improve the knowledge of the League of Nations (LoN) and its impact in this last century marked by strong waves of internationalism and globalization, but also of crisis and nationalist reactions.

A multilateral institution such as the LoN is the ideal object for a truly global and connected history that goes beyond national historiographical traditions. That is what we intend to do with this conference, through presentations on these themes by 65 speakers affiliated with 60 institutions from 18 different countries.

The death toll of millions in World War I (1914-1918) led to an effort at the 1919 Paris peace conference to design a new international order with new norms and institutions. The creation in 1920 of the first permanent multilateral organization in the form of the League of Nations, the direct predecessor of the UN, was the most ambitious and controversial result of this effort. Although the LoN eventually failed to achieve its main goal of preventing a World War II, it did imprint, and does help to better understand the multiple dimensions of global life in the two decades of its existence. Many of these issues, which will be dealt with in the different panels of this conference, continued to be of great relevance up to today: from refugees to gender issues, from empires to their complex legacies, from territorial conflicts to terrorism, from workers’ rights to global financial system. 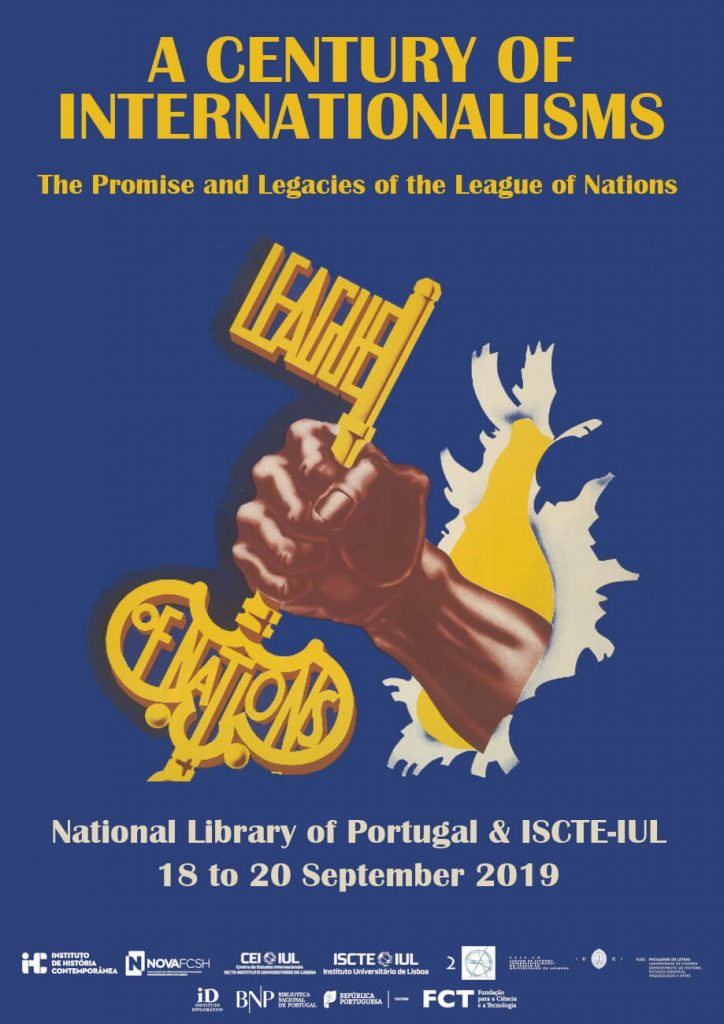 National Library of Portugal and ISCTE-IUL