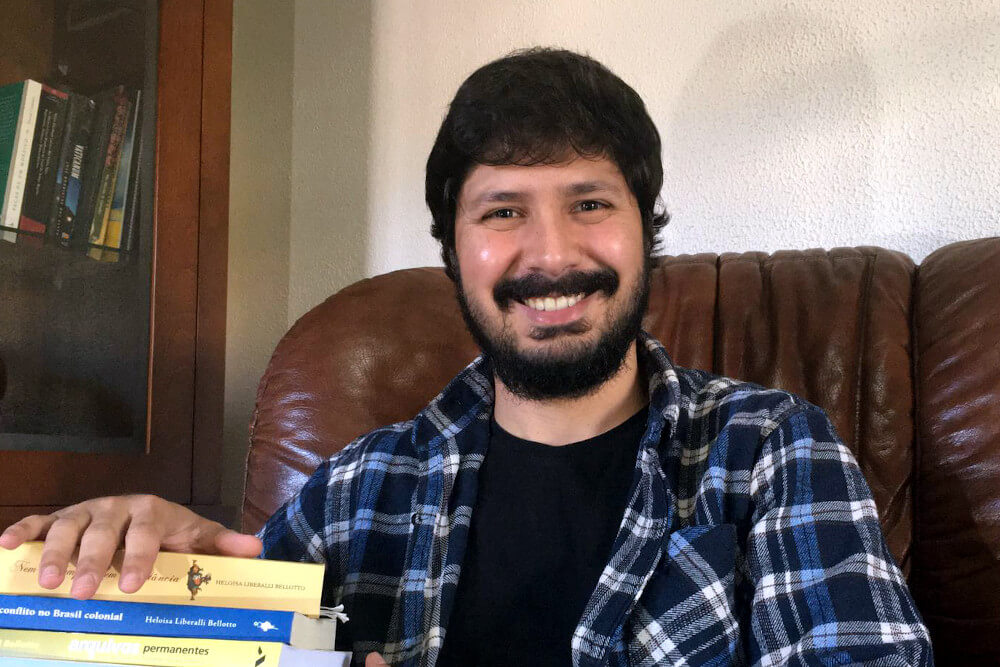 Academically, he graduated as a Bachelor of Business Administration (2003-2006); completed a Degree in History (2008-2013) at the Federal University of São Paulo, focused on the preservation of memory and historical heritage, especially textual and iconographic archives; completed a Masters in Documentation and Information Sciences at the School of Arts and Humanities of the University of Lisbon (FLUL, 2017-2019); is a PhD student in History (Historical Archivistics) at the NOVA School of Social Sciences and Humanities (NOVA FCSH).

In his professional career, he was an intern at the Memory Center of the State University of Campinas (2009-2010) and at the Historical and Cultural Museum of Jundiaí (2010-2012); technical assistant at the Secretariat of Justice and Defence of Citizenship of the State of São Paulo (2012-2014); technical director of the Administrative Archive Center of the Public Archive of the State of São Paulo (2015-2017); History teacher in the Technical Course of Tourism Guide at the School of National Service for Commercial Learning (08/2015 and 06/2017); technical resident in Museological Management at the Monographic Museum of Conimbriga (12/2014-01/2015); intern at FLUL’s Archives and Manuscripts Center (02/2018-06/2018). Currently; is an archivist at the Foundation Casa de Mateus (since 2018).

He is an integrated researcher at the Institute of Contemporary History’s research group in History, Territory, and Environment — NOVA FCSH.