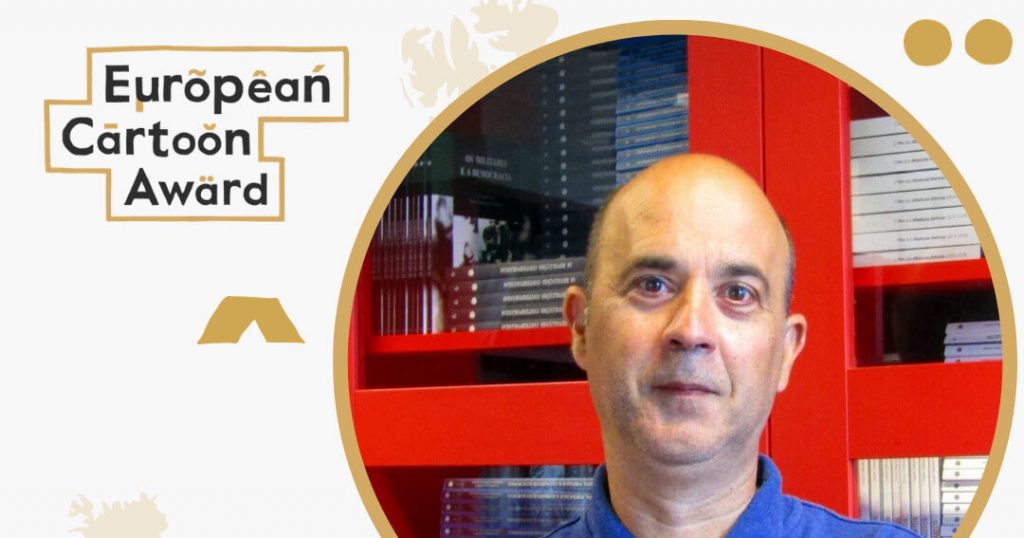 Paulo Jorge Fernandes, researcher at IHC and professor at NOVA FCSH, was invited to be part of the Panel of Judges of the 2021 edition of the European Cartoon Award. Paulo was invited for his studies of political satire and editorial cartooning from a comparative historical perspective, namely the analysis of the political and social uses of graphic humour throughout history.

The European Cartoon Award was created in 2019, by the European Press Prize and Studio Europa Maastricht, “to award courage and quality in the field of cartooning and foster conversation on the topic of Europe.” The prize is worth €10,000. The Panel of Judges also includes journalists Janet H. Anderson and Gian-Paolo Accardo, cartoonist Anne Derenne (2020 winner of the award) and cultural producer Khalid Albaih.