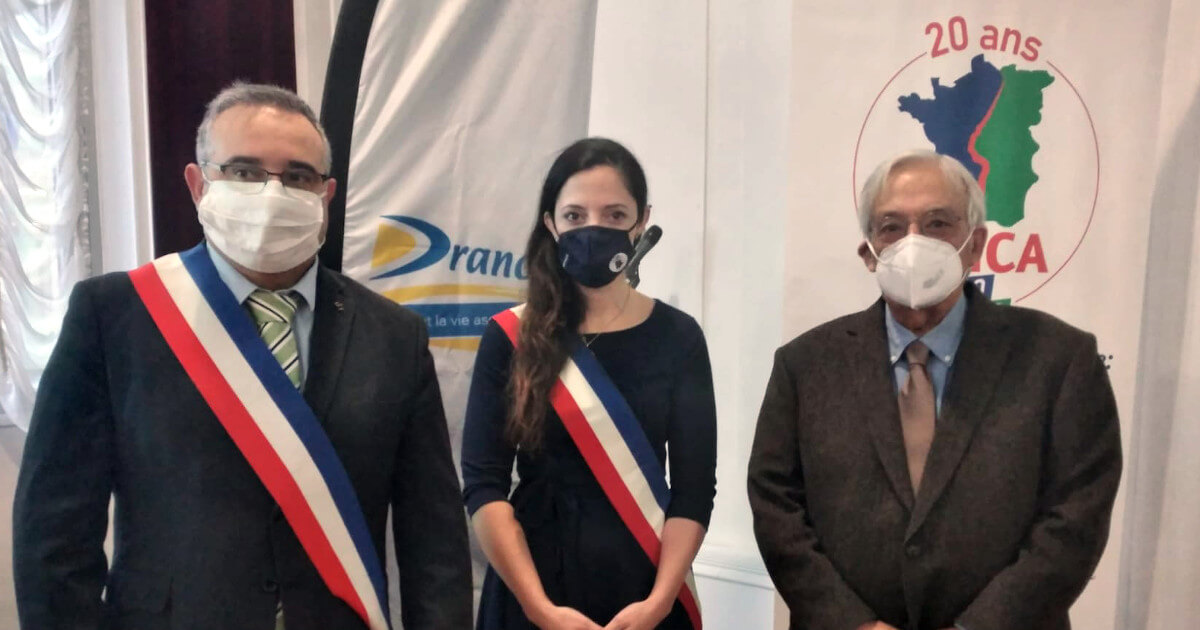 Invited by Cívica, an association of French mayors of Portuguese origin, Fernando Rosas, António Carvalho, and Cristina Clímaco were in Drancy to present the project “Portuguese Forced Labourers in the III Reich”, giving special attention to the research on the Portuguese community or of Portuguese origin in France, which was involved in the the III Reich’s web of concentration camps and prisons.

At the conference, which was attended by several mayors, including Maire-Adjointe de Drancy Odette Mendes, and the Member of Parliament Carlos Gonçalves, Fernando Rosas highlighted the importance of taking the results of the project to France because most of the Portuguese pushed into forced labor or concentration camps were in France as immigrants.

The initiative took place within the scope of Cívica’s program “Duty of Memory” and Paulo Marques, president of the association, reminded that “from Drancy around 300 Portuguese were taken to the concentration camps”. At the end of the session, Maire de Drancy, Aude Lagarde, invited the team to take the exhibition “Portuguese Forced Labourers in the III Reich”, which had the support of Cívica, to Chateau Ladoucette, a former Palace transformed into a Cultural Center. The adaptation of the exhibition will begin soon.