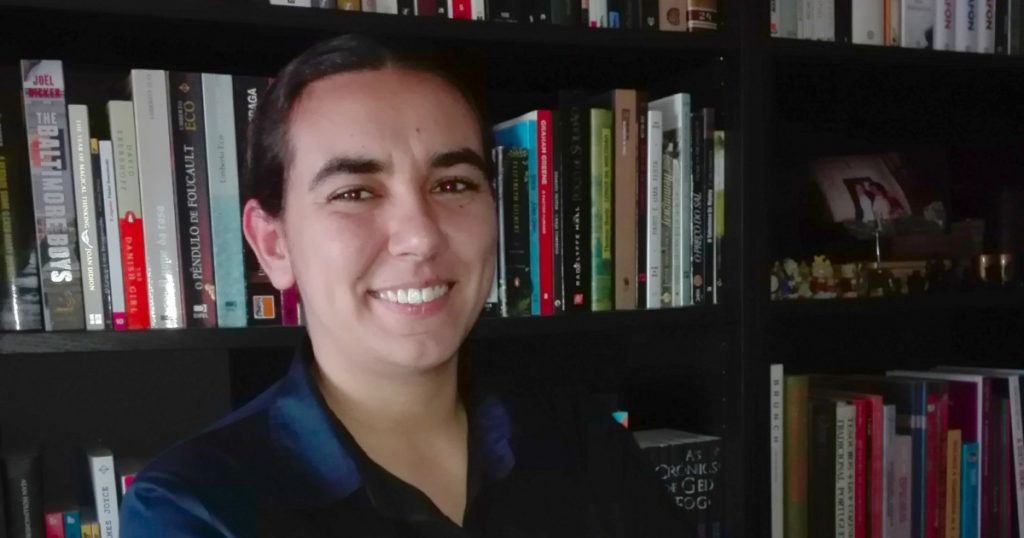 The Cultural Council of the University of Minho distinguished Patrícia Gomes Lucas with the Victor Sá Award for Contemporary History 2019, for her doctoral thesis “Partidos e política na Monarquia Constitucional: o caso do Partido Regenerador (1851-1910)” [Parties and politics in the Constitutional Monarchy: the case of the Regenerating Party (1851-1910)], presented at NOVA FCSH last February.

Speaking to Rádio Universitária do Minho, the IHC junior researcher stated that “this is a prestigious award in this area of history, so I am very happy to have been awarded it. I am even more pleased to learn that my thesis, which took years to produce and that involved a lot of effort, bore fruit and motivated the recognition of the academia”.

With twelve works submitted to the competition, the jury also gave an honourable mention to Inês Nascimento Rodrigues, for her work “Espectros de Batepá: Memórias e narrativas do «Massacre de 1953» em São Tomé e Príncipe” [Specters of Batepá: Memories and narratives of the ‘1953 Massacre’ in São Tomé and Príncipe].